Search continues for at least 2 after apparent NYC gas blast 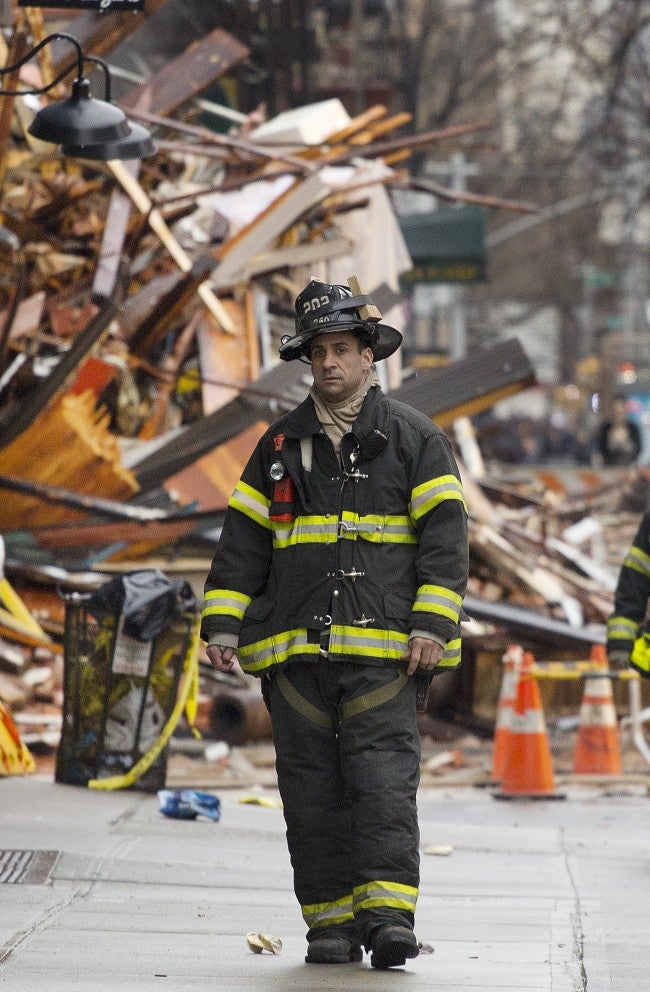 Special canine units on Saturday will sniff for anyone possibly trapped beneath the heap of loose brick and rubble. Detectives issued posters seeking information on the whereabouts of two men believed to have been in the sushi restaurant on the ground-floor of one of the collapsed buildings: a 26-year-old worker at the restaurant and 23-year-old bowling alley worker who had been there on a date.

Authorities also were exploring whether a third person was unaccounted for, Chief of Detectives Robert Boyce said.

It’s possible that someone improperly tapped a gas line amid ongoing plumbing and gas work in one of the destroyed buildings, though investigators need to get into the basement to learn more, de Blasio said.

Inspectors from the utility company Consolidated Edison had visited the work site Thursday about an hour before the explosion and determined work to upgrade gas service didn’t pass inspection, locking the line to ensure it wouldn’t be used and then leaving, officials said.

The contractor, Dilber Kukic, and the owner’s son went into the basement and opened a door, and then the explosion happened, burning their faces, Boyce said. Kukic, who is facing an unrelated bribery charge, declined through his lawyer to comment on the circumstances surrounding the explosion.

The building had an existing gas line intended to serve the sushi restaurant; the work underway was to put in a bigger line to serve the entire building, Con Ed President Craig Ivey said. As for whether the largely vacant apartments were getting gas from the existing line, “That’s a great question,” he said.

De Blasio wouldn’t say more about why officials believe the existing gas line might have been tapped. But the building had a history: Con Ed found an unauthorized gas pipe there in August after getting a report of a gas smell, according to a city official briefed on the information. The official wasn’t authorized to discuss the ongoing investigation publicly and spoke to The Associated Press on the condition of anonymity.

Dozens of neighbors have been displaced because of the blast, and a fourth building badly burned after the explosion remains at risk of potentially collapsing, officials said.