Seattle bartender gets lecture instead of tip 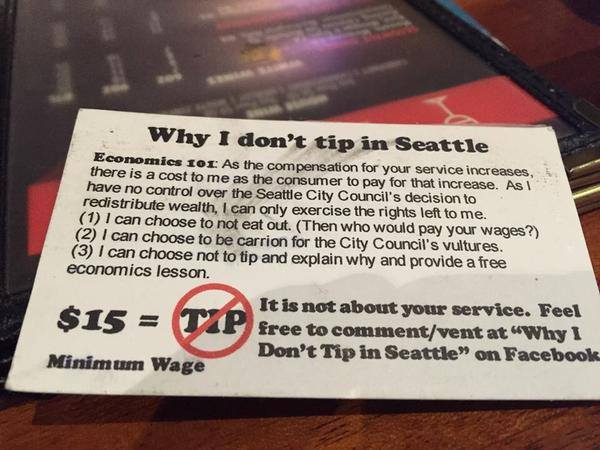 SEATTLE (WISH) — A bartender in Seattle says he got a lecture instead of a tip. Now, he wants to know how many other servers have gotten the same message.

After Seattle voted to raise the minimum wage to $15 an hour, some restaurants raised their prices. That means customers pay more.

The bartender said one customer wrote zero on the tip line – and left a card that explained why they were not tipping.

The bartender said his base wage is not close to $15 an hour. He said he just wishes the customer would have spoken to him.

“At least come up and tell me personally. Make a human contact, don’t be very passive aggressive and just kind of leave this and walk away without saying anything,” Bartender Anthony Fetto,

The card was shared on social media last week. More than 900,000 people have read it.