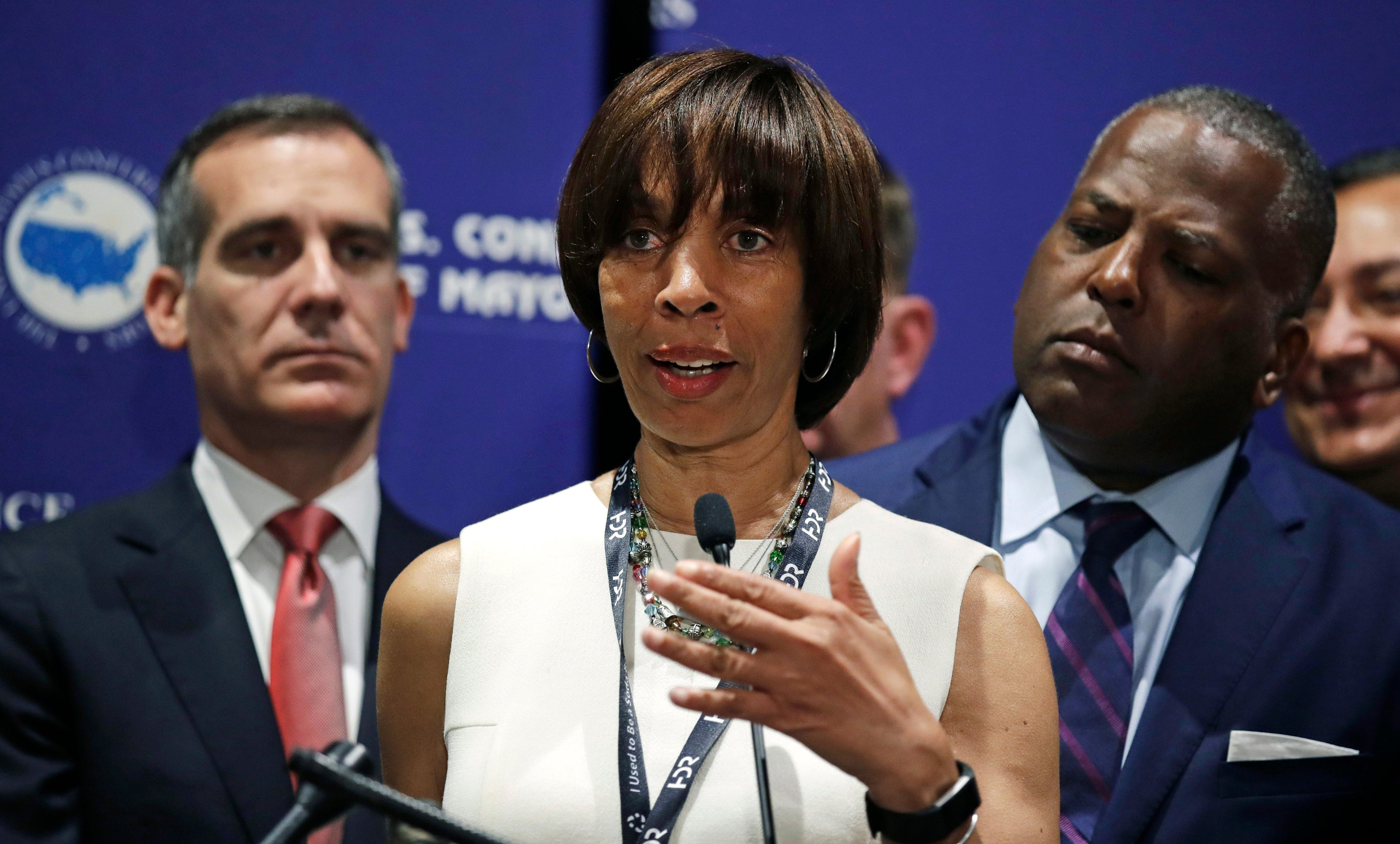 BALTIMORE (AP) — Baltimore’s mayor resigned under pressure Thursday amid a flurry of investigations into whether she arranged bulk sales of her self-published children’s books to disguise hundreds of thousands of dollars in kickbacks.

Mayor Catherine Pugh’s resignation came exactly a week after her City Hall offices, homes and multiple other locations were raided by FBI and IRS agents. She is the second mayor in less than a decade to step down because of scandal . She came to office contrasting her clean image with her main opponent, ex-mayor Sheila Dixon, who was forced to depart office in 2010 as part of a plea deal for misappropriating about $500 in gift cards meant for needy families.

“I am sorry for the harm that I have caused to the image of the city of Baltimore and the credibility of the office of the mayor,” Pugh said in a written statement read by her lawyer, Steven Silverman.

A federal grand jury has been empaneled and state and local inquiries are also underway into the roughly $800,000 Pugh made over the years in exchange for her “Healthy Holly” paperbacks about health and nutrition.

Since the book scandal erupted in late March, Pugh’s fractured administration has lurched from one crisis to another and various aides have been fired or left City Hall.

Her resignation provides a measure of resolution after weeks of uncertainty and mounting pressure for her to step down. Maryland’s Republican governor and numerous Democrats had pressed for her resignation, saying she was no longer fit to lead Baltimore.

“This was the right decision, as it was clear the mayor could no longer lead effectively,” Gov. Larry Hogan said in a statement Thursday afternoon. “Baltimore City can now begin to move forward.”

Now that Pugh has resigned, acting Mayor Bernard “Jack” Young automatically becomes the permanent mayor and will not need to be sworn in. He’s currently in Detroit for a conference about economic development and will return to Baltimore over the weekend.

“I am confident that I have left the City in capable hands for the duration of the term to which I was elected,” Pugh wrote in a letter.

Citing deteriorating health following a bout of pneumonia, Pugh took a paid leave on April 1 and hasn’t been seen in public since. The 69-year-old abruptly retreated to her home the same day that Hogan asked the state prosecutor to investigate public corruption accusations against her.

In recent days, Silverman had repeatedly gone in and out of Pugh’s city home to discuss “options” with her while also asserting that she was so fragile physically and mentally that she was unable to make “major decisions.” Last week, Silverman had told reporters that she might be “lucid” enough to make a decision this week.

At issue for multiple investigators are questionable financial arrangements she negotiated over years selling her hard-to-find “Healthy Holly” books. The books were meant to be provided to schools and day care centers, but it’s unclear where tens of thousands of copies ended up.

Hogan has called the accusations against Pugh “deeply disturbing,” and the state’s accountant described the book-selling arrangements as “brazen, cartoonish corruption.” The City Council called for Pugh’s immediate resignation, as did numerous state lawmakers and an influential business group, among others.

The scandal erupted when it came to light that the University of Maryland Medical System, one of the state’s largest private employers, paid Pugh $500,000 for 100,000 copies of her children’s books. There was no contract behind the deal and the hospital network described some of the purchases as “grants” in federal filings.

Before she became mayor, Pugh once sat on a state Senate committee that funded the major health network. She started serving on the system’s board in 2001. Pugh was not the only one who benefited: Roughly one-third of the system’s board members received compensation through the medical system’s arrangements with their businesses. As she became the public face of the scandal, however, she stepped down from the board and returned her most recent $100,000 payment.

Pressure on Pugh to resign ratcheted up dramatically after Kaiser Permanente disclosed that it paid her limited liability company about $114,000 between 2015 and 2018 for roughly 20,000 copies of her illustrated books. Pugh became Baltimore’s mayor in 2016. The next year, Baltimore’s spending board, which is controlled by the mayor, awarded a $48 million contract to the Kaiser Foundation Health Plan of the Mid-Atlantic States Inc. When asked who Kaiser bought the books from, company spokesman Scott Lusk said: “We purchased the books from Healthy Holly, LLC.” That is Pugh’s company.

Others then came forward, including Maryland financier J.P. Grant who acknowledged writing a roughly $100,000 check to buy Pugh’s “Health Holly” books but insisted he expected nothing in return.

At a rambling news conference days before retreating from public view, Pugh described her book deal worth $500,000 with the university-based health care system as a “regrettable mistake.” She has not publicly addressed the other lucrative arrangements that have come to light. 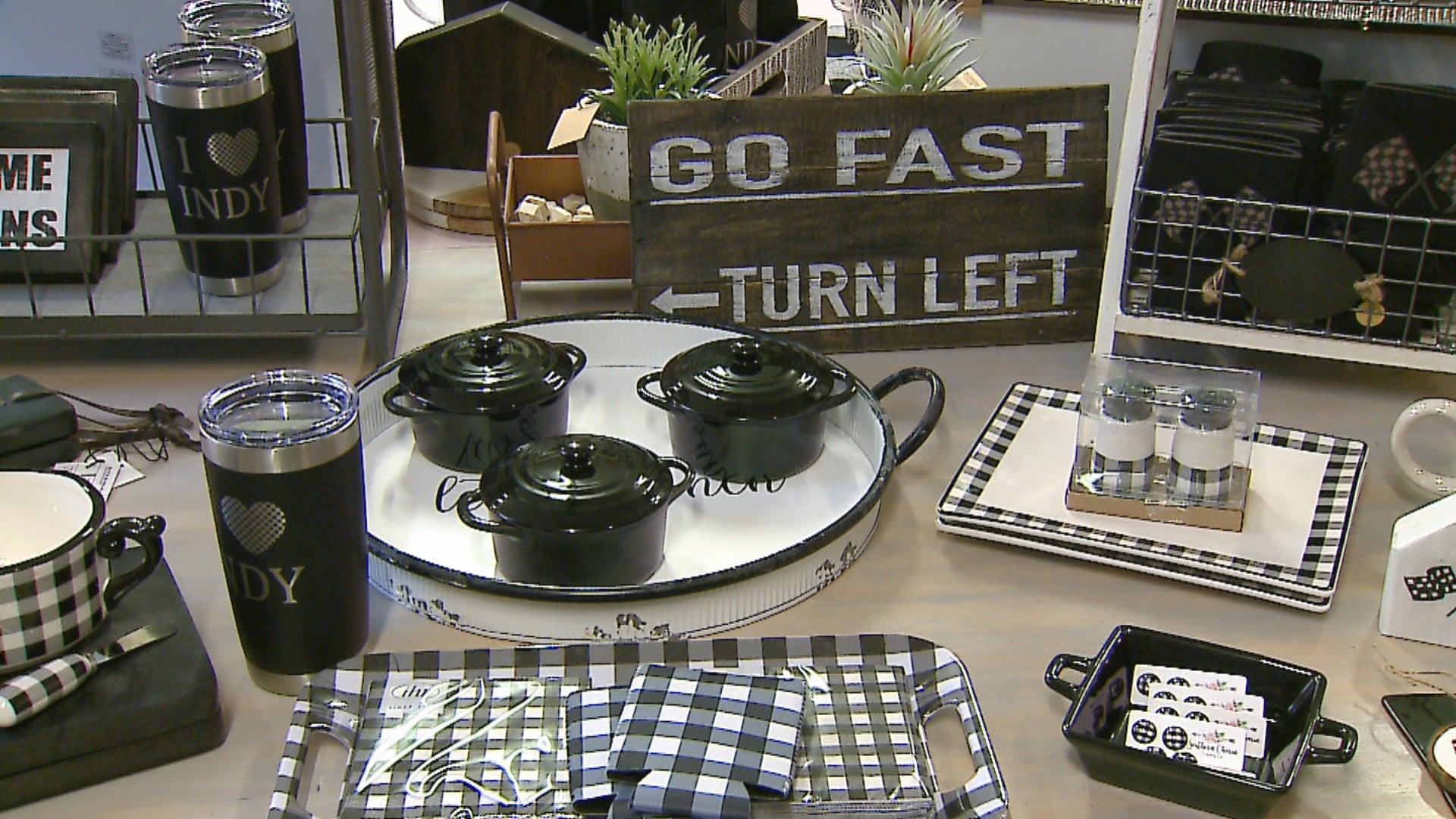