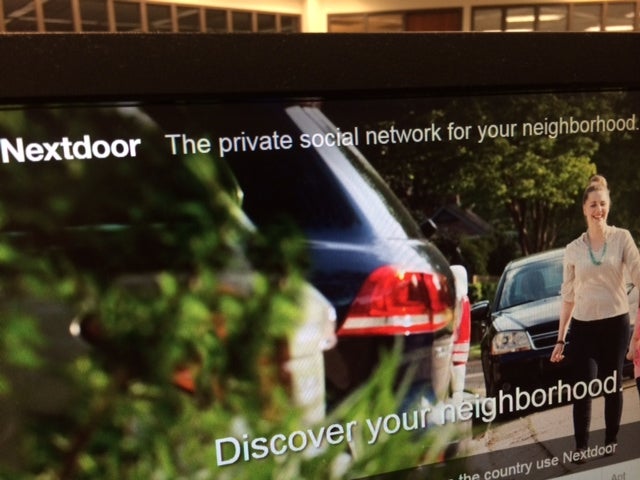 Recently, though, it seems many comments have turned to focus on security issues like camera and alarm system installation. Almost as if neighbors are taking it upon themselves to go the extra step to keep their properties safe.

24-Hour News 8 went out to find if that assumption was really a trend security companies were seeing across central Indiana.

Craig Stasila has lived in Herron-Morton Place neighborhood with his wife and kids for nine years. After an attempted break-in and two separate bike thefts Stasila stepped up his game.

“It’s amazing how fast these crimes can happen,” said Stasila.

Stasila has a home security system and installed cameras that monitor every possible point of entry to his home and garage. He can check on things in real time and watch recordings backed up about a month via WiFi from anywhere in the world.

“So I can actually watch us be recorded as we’re standing in my alley,” said Stasila.

With a background in computers, Stasila installed a state-of-the-art system himself. It’s easy to do a quick search online and find self-install systems from $150 and up. There’s also the option to let the professionals do it.

Bill Nelson with Nelson Alarm says they’ve seen a year over year increase in sales of 7 percent to 9 percent. He says he doesn’t see this changing any way except to grow with the trends he’s been seeing. Nelson says his company is inundated with calls by people who want to increase their personal security. He breaks them up into two categories – 50 perfect call after they’ve had a crime occurrence and the other 50 call before something happens.

According to IMPD’s Crime Map, there were 867 crimes against property like vandalism and theft reported to police in the past six months in 46202.

Up where one system is being installed, 46220 just north of Fall Creek Parkway, 962 property crimes reported since March. This neighborhood saw their fair share, including a recent car theft. So, the association decided to invest in a top-of-the-line system that will track every single person coming and going.

“From our point of view as a community it’s like, well, if this technology is available and it’s really good now then why not have it?” said neighbor David Woods.

The system this neighborhood had installed can capture high resolution images including faces and license plate numbers. It’s also on the expensive end of professional installations that Nelson Alarm says range from $2,000 to $15,000.

Nelson Alarm says they’ve seen a steady 7-9 percent increase in annual sales year over year. A stat they say they only see growing in the future as more homeowners start beating criminals at their own game.

Along with added technology measures, neighbors also say they’re staying diligent in common practices like locking doors and removing valuables from cars parked along the street.

If you’re interested in an alarm system you can visit Nelson Alarm’s website for more information. Indiana-based company, GeoVision, is also a supplier of high-tech security and camera systems. There are also several options on Amazon, Best Buy, and many other on-line or in-store retailers.