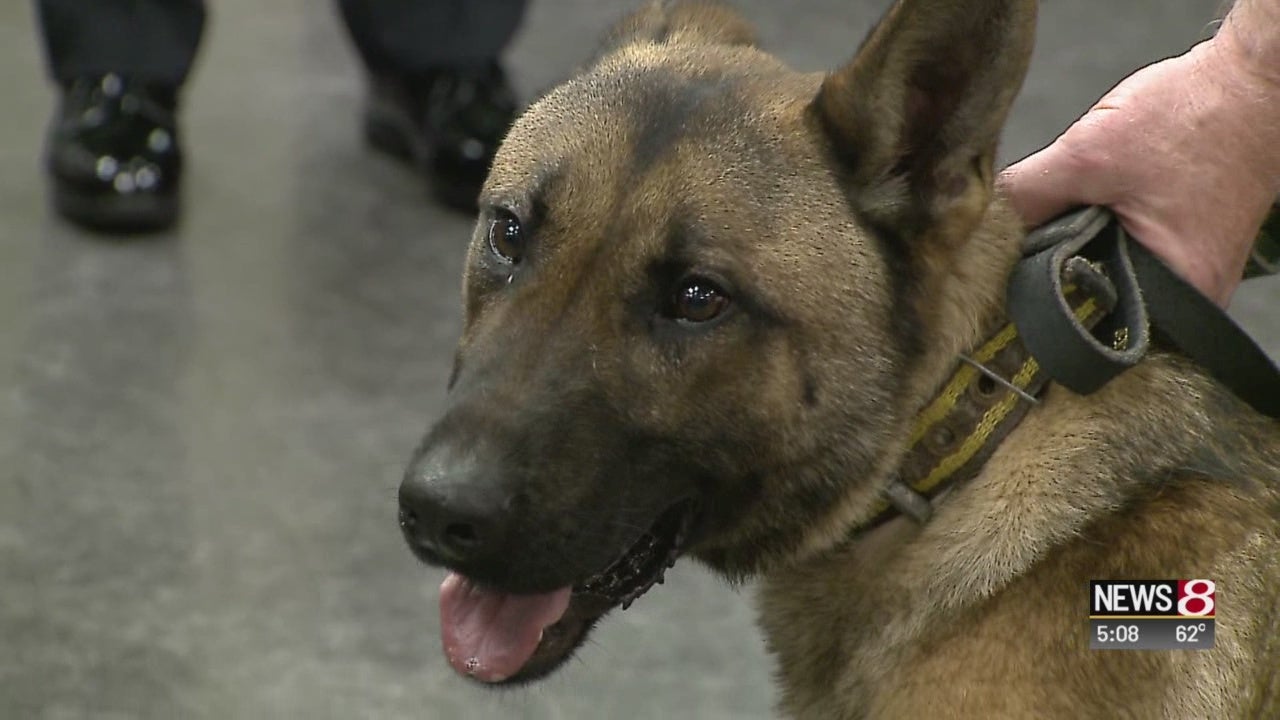 INDIANAPOLIS (WISH) — A new police dog joined the force with the Indianapolis Metropolitan Police Department, thanks to a donation from a local security company.

Sonitrol of Indianapolis gave the K-9 officer to the police department Friday morning.

The pup is one year old and will be named in honor of Sonitrol. He and three other K-9s are set to start training on Monday.

IMPD said it’s in need of K-9 officers to help arrest more criminals, increase officer safety and get drugs off the streets.

“The reason I wanted to go with a K-9 is because I grew up with dogs all my life,” IMPD officer Hartman explained. “I love the fact we can use them, they’re a great tool for the department, this is where I’ve always wanted to go in the department since I’ve been hired.”

Sonitrol was founded by a police officer in Anderson in the 1960s. The Sonitrol Network has donated more than 15 K-9s to local law enforcement.