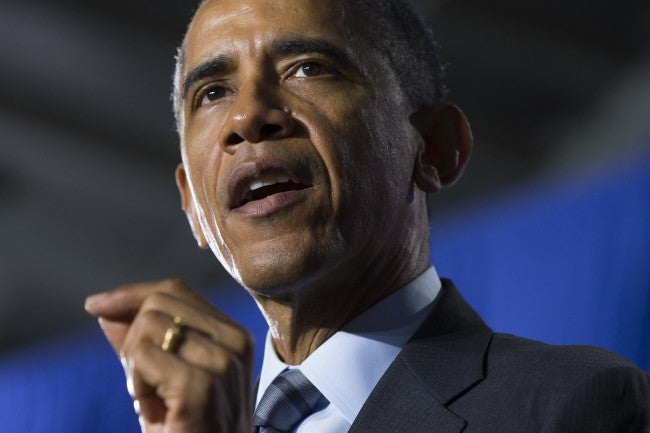 INDIANAPOLIS (WISH) – A preparedness expert gave an inside look on the potential safety plan being used for President Barack Obama’s visit Friday.

Although President Obama’s time in town will be short, preparing for the event is an extensive and secretive process.

Everything in between that process, especially when it comes to security, are details the media aren’t allowed to know for safety reasons.

“I think it’s going to basically look like it does on the parade route,” said Peter Beering, a preparedness expert who specializes in anti-terrorism.

Although it might feel like a parade, the Grand Marshall is the most important person in the country, President Barack Obama. And that “parade” begins right at Indianapolis International Airport.

“The airport will go into suspended animation for a while, while he deplanes and they’ll whisk him off to Ivy Tech,” he said.

But the exact direction he takes to get to Ivy Tech is unknown, at least to the average citizen. Beering said that’s exactly how the Secret Service wants it to be.

“People that manage these sorts of logistics have a variety of routes. They have first choice, second choice, third choice, and know all of the contingencies, all the over passes, all of the things that they need to do,” he said.

But the Secret Service is getting some help. Local law enforcement will block off streets and intersections to ensure the motorcade doesn’t have to stop, so drivers should expect some delays. They’ll also provide a security presence wherever necessary.

“If we have a dignitary that comes into town or a big event like the Indy 500 we just put additional resources there, but we do not deplete resources throughout the rest of the city,” said Troy Riggs, Indianapolis Public Safety Director.

So if you’re near the airport or Ivy Tech, it’s possible you’ll catch a glimpse of President Obama. But Beering said for most Hoosiers, it’ll just be a typical Friday.

“The folks that are involved in supporting these kinds of things are very skilled, very experienced and I expect this to go off completely without a hitch,” he said.

Air Force One is expected to arrive around 1:30 p.m. President Obama will speak at Ivy Tech around 2:15 p.m. and he’ll take off to his next destination after 5 p.m.