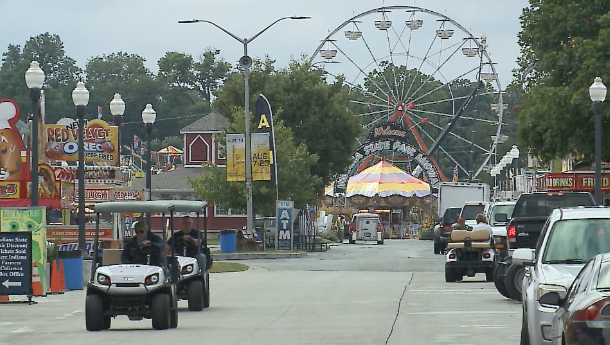 INDIANAPOLIS (WISH) – With about 950,000 visitors at the Indiana State Fair last year, keeping everybody safe is a tall task.

But even as they throw in new wrinkles, such as alcohol sales, organizers say they’re prepared for any situation.

As set up for the state fair rolled on, people were eager to enjoy the event were snagging tickets.

Filling up on a few drinks is also something they enjoy thanks to the beer and wine tasting exhibition.

“It’s something different that the state brought in here for the fair and I thought it was very good,” said Vera.

Nearly 50,000 people sipped on suds and chardonnay at the exhibition last year.

Back then there was a three drink limit, but not this year. Now it’s up to servers and security to determine if someone has had a few too many.

“We have a team that comes in that serves and they’re very well trained and qualified so they’ll serve beer as they would at any other venue,” said Lesley Gordon, Media and Community Outreach Manager.

Across the street in the Indiana Farmers Coliseum, people will now be able drink alcohol at select concerts just like other events the building hosts throughout the year like Indy Fuel games.

“We started with the beer and wine exhibit. We were able to do that successfully and safely and really we thought the concerts would be a good area to meet those concertgoers’ expectations,” said Gordon.

She added the changes won’t affect safety and security for the fair. Hundreds of officers and volunteers will police the event as they have before, but knowing people will have more chances to fill up on booze will keep them on their toes.

“We deal with over 300 events a year on the fairgrounds outside of the state fair, so our security is always in motion and always training so they’re really able to adapt to those situations,” she said.

“It’s a good idea,” said Vera of the changes to alcohol sales. “But they do have (security) that watch them and that’s a good thing, too.”

Click here for complete coverage of the Indiana State Fair.