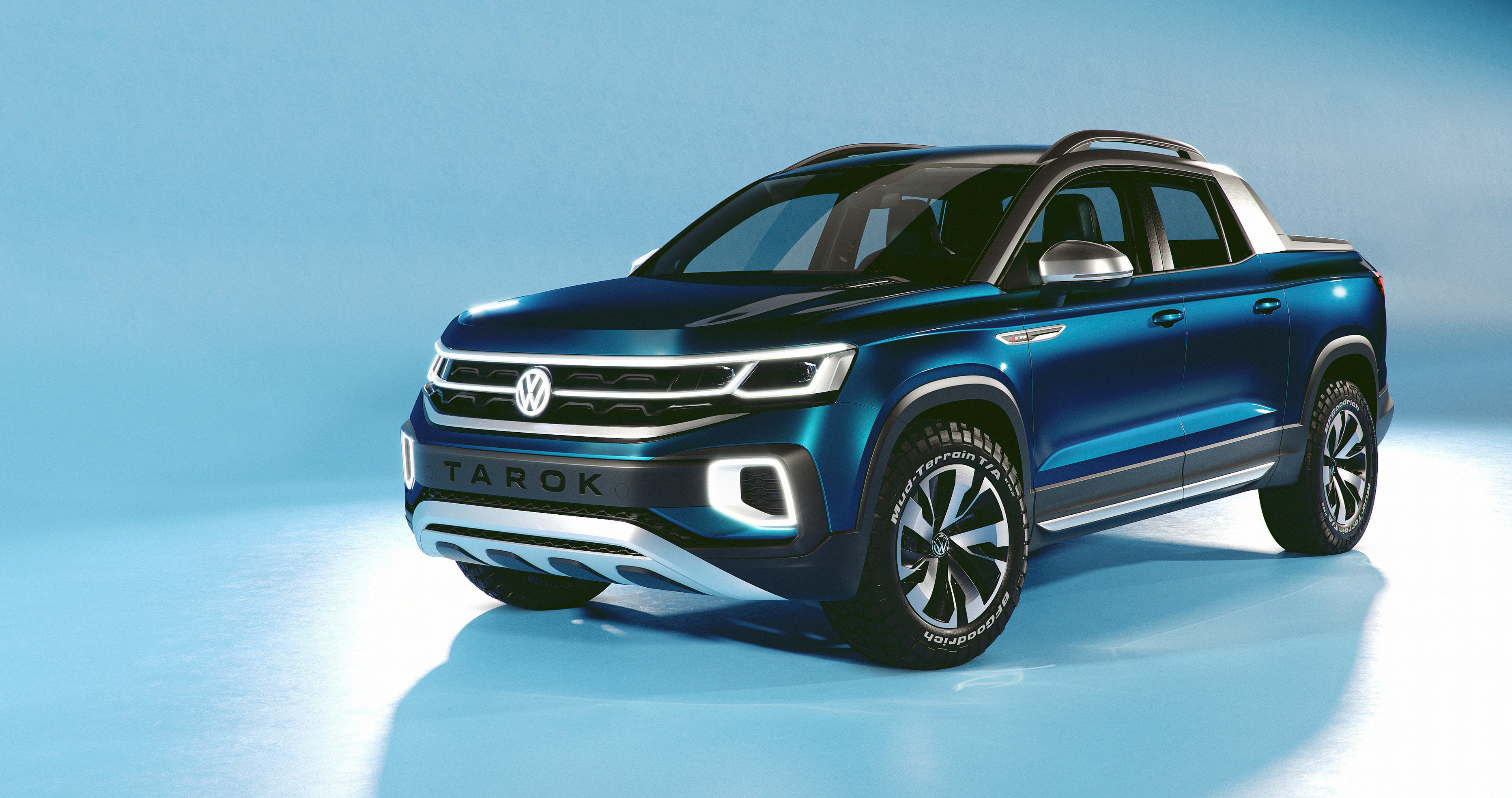 (AP) — Auto shows may be waning in importance as companies find other ways to introduce new products, but the New York International Auto Show still has a healthy list of new vehicle debuts.

In keeping with the dramatic shift from cars to sport utilities, most of the new models are SUVs.

Here are some of the new vehicles being rolled out on the show’s press days Wednesday and Thursday. It’s open to the public from April 19-28:

The popular midsize family-hauling SUV gets a complete revamp with a roomier interior, a redesigned gas-electric hybrid power system and added safety features.

The Highlander, with a more sculpted look, also keeps three rows of seats that can be configured to carry as many as eight passengers.

All versions come standard with automatic emergency braking, radar cruise control that keeps the SUV a set distance from cars in front of it, and lane-departure alert with steering assist.

The new Highlander will be in dealerships sometime next winter. Pricing was not announced.

The luxury version of the Ford Escape small SUV makes its debut at the New York show.

Ford says the Lincoln Corsair looks like its larger siblings, the Navigator and Aviator, setting it apart as a luxury vehicle in the fastest-growing part of the U.S. market.

It comes with two turbocharged engine choices: the base 2-liter, 250-horsepower motor or a 2.3-liter engine with 280 horses. Each is paired with a new eight-speed automatic transmission. The Corsair has all-wheel-drive is available with both engines. A plug-in gas-electric hybrid will be offered later.

To give the Corsair more of a luxury feel, electronic alerts are replaced chimes recorded by the Detroit Symphony Orchestra. They warn drivers things like an open fuel-filling door or an unbuckled seat belt.

The Corsair will be available in the fall. Prices were not announced.

The Korean automaker adds a seventh SUV to its lineup, this one at the low end of the size and price spectrum. The Venue, due out in the fourth quarter, gives the brand an entry-level utility vehicle to compete with Honda’s subcompact HR-V, Ford’s EcoSport and others.

The 2020 Venue comes with a 121-horsepower, 1.6-liter four-cylinder engine and a variable transmission that is expected to get up to 33 mpg in combined city and highway driving. Although it’s at the bottom end of the lineup, the Venue has lots of goodies available, including an 8-inch dashboard display that includes Apple CarPlay and Android Auto to integrate smart phones into the SUV. It also has advanced safety technology available, including standard automatic emergency braking lane-keeping assist. It also has available a driver attention warning system that monitors drivers to detect fatigue or careless driving.

The Venue, which will resemble Hyundai’s larger SUVs, will be available in the fourth quarter of this year. The price wasn’t released.

With the possible exception of Jeep, no other automaker has been able to match the outdoorsy all-wheel-drive appeal of Subaru.

The Japanese brand, which has seen sales rise 60 percent in the past five years, is now unveiling a new version of the Outback wagon, its top-selling vehicle.

The 2020 version shown in New York doesn’t look much different than the current model. It’s a little curvier with a rugged-looking front grille. But Subaru says it gets a much stiffer frame, an optional 260-horsepower, 2.4-liter four-cylinder turbocharged engine and a reworked standard 2.5-liter motor that puts out 182 horsepower — seven more than the current version. All are mated to eight-speed continuously variable transmissions.

The Outback is built on Subaru’s new global underpinnings, with stronger crash protection, better handling and a quieter ride, the company says. Even the base model gets Subaru’s suite of driver assist technology standard, including adaptive cruise control, lane centering and automatic emergency braking. An anti-distraction system uses a camera to spot signs of driver fatigue or distraction and sets off audio and visual warnings.

Subaru estimates the 2.5-liter Outback will get 33 mpg on the highway, while the 2.4-liter version will get 30 mpg. Price wasn’t announced. The new Outback will reach showrooms in the fall.

Even though luxury buyers are shifting rapidly to SUVs, the General Motors luxury brand wanted to stay in the sedan market but do it with fewer models. So it’s unveiling the CT5, one of two new cars in addition to the CT6 full-size sedan that Cadillac will introduce to replace the discontinued ATS compact, CTS midsize and XTS full-size sedans.

With the CT5, Caddy takes another shot at the compact luxury market where the ATS fizzled against the BMW 3 Series, Mercedes C Class and others.

The fastback CT5, which looks like a shrunken version of the larger CT6, will be the second Caddy to get Super Cruise, General Motors’ hands-free driver-assist system that can handle most tasks on a freeway. The system comes in calendar year 2020.

The CT5 gets two engine choices: a 237-horsepower 2-liter four-cylinder or a turbocharged 3-liter V6 with 335 horsepower. All versions get 10-speed automatic transmissions. Safety features like automatic emergency braking and front pedestrian braking are standard. All-wheel-drive is available.

The new Caddy will be available in the fall. Price and fuel economy were not announced.

The Tarok concept from VW is a stylish little pickup truck with a short bed that looks like a modern version of the old Subaru Baja.

But it’s more than a concept. Although VW has no plans to bring it to the U.S. at present, the Tarok will go on sale in South America sometime soon. The company says it’s showing the truck in New York show to gauge interest in the U.S.

Small pickups are making a comeback with General Motors and Ford introducing new products to go against Toyota’s Tacoma, the perennial segment leader.

VW says the Tarok will be powered by a 147 horsepower turbocharged 1.4-liter four-cylinder engine, with a six-speed automatic transmission and all-wheel-drive. It’ll be capable of off-road driving.

The bed can be expanded by lowering the tailgate, and also with a new system for folding down the bottom of the passenger cabin’s rear panel.

Even though the Volkswagen diesel emissions cheating scandal has cast a pall over diesel engines for passenger vehicles, Mazda is rolling out a new one for its top-selling U.S. vehicle.

The 2019 CX-5 small SUV gets a 168-horsepower, 2.2-liter four-cylinder turbocharged diesel with 290 foot-pounds of torque, a measure of rotational force needed for towing. The diesel SUV gets 28 mpg in combined city and highway driving. The best current gas-powered version gets 26 combined.

It’s kind of pie-in-the-sky, but Kia says don’t bet against seeing the HabaNiro small electric SUV concept turning up in showrooms one day.

The futuristic-looking SUV has winged doors, and Kia says it will be able to go more than 300 miles on a single electric charge. It has doors that open like wings and could be fully self-driving. Kia says it has 20-inch wheels and can go on a grocery run or off-road in search of a remote fishing spot.

It also has a bunch of electronic features that use artificial intelligence to tailor the cabin to the driver’s emotional state or elevate a 180-degree rear video display when the driver looks at the rear-view mirror.