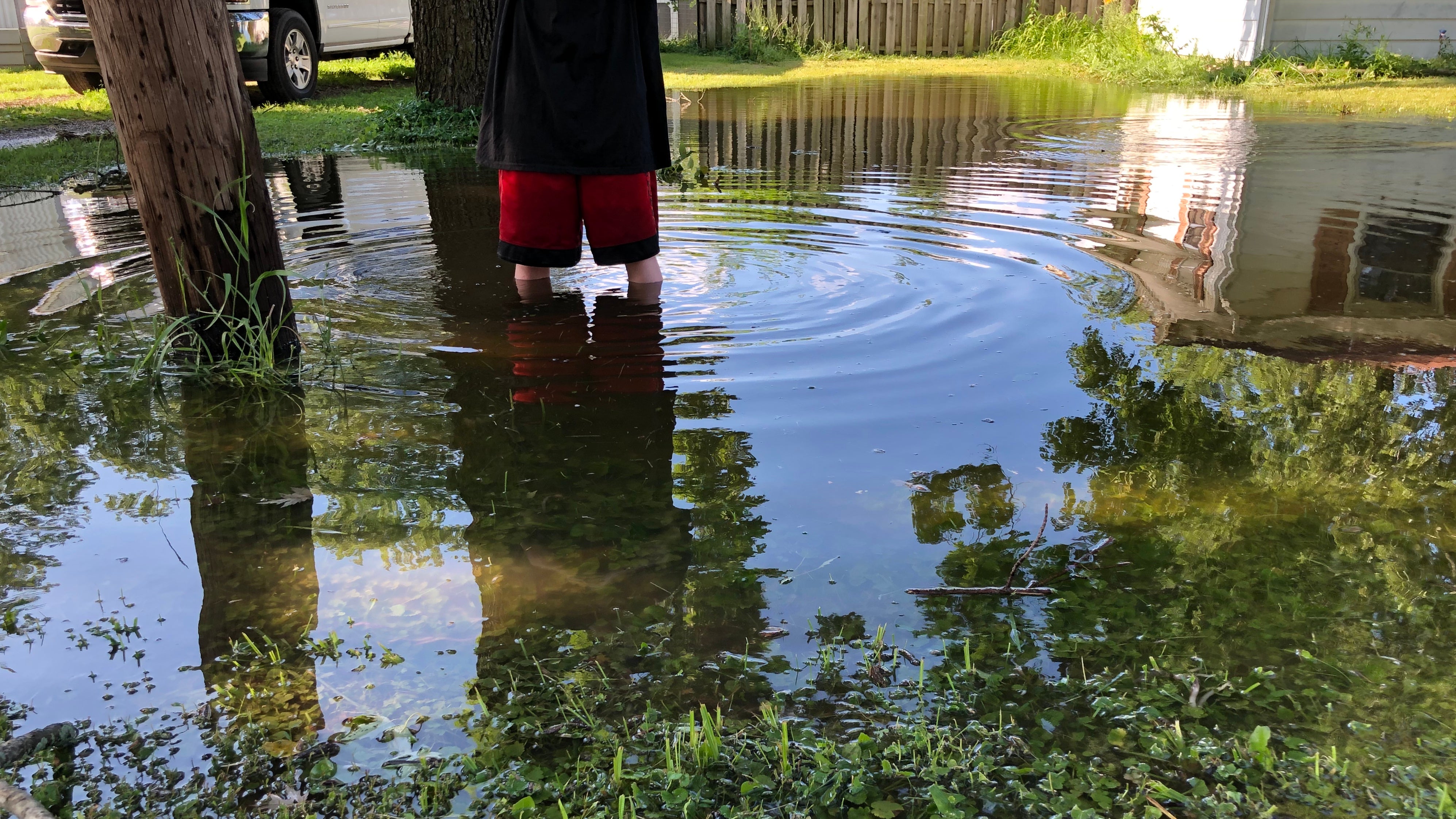 SELMA, Ind. (WISH) — Residential yards along East Miller Street were submerged in more than a foot of water Thursday afternoon.

The town of Selma had received approximately 3.5 inches of rain the previous day, according to News 8’s chief meteorologist.

“This is something that only occurs when we have large amounts of unexpected rain,” said Breque Van Horn, the town council president.

“Every time it rains, this is what we get,” said resident Nikki Crutcher, pointing to her flooded yard. “When it rains real hard, yes, I can understand [the flooding]. But when it rains lightly, it still does it.”

She and her husband, Josh Crutcher, had lived on Miller Street for more than a decade.

The couple and their neighbors experienced “major flooding” at least four times a year, they told News 8.

Josh handed his phone and wallet to his wife, and waded through his yard Thursday afternoon to measure the depth of the foul-smelling, worm-filled water. It reached his knees at the deepest point, approximately 15 feet from his house.

Water had seeped into the Crutchers’ garage “all the way up to the wall,” damaging their freezer and destroying boxes of mementos, Nikki said.

Over the years, Josh had attempted to address the problem on his own. He purchased a sump pump in 2011 but said it stopped working after it was “submerged in too much water.”

He resorted to creative means after town and county officials failed to upgrade and maintain storm drains in the neighborhood, he said.

A hand-painted sign outside his house read, “I’m just a little fish in this pond but I pay my taxes. Fix your storm drains!!! -Veteran”

Van Horn, who said her property was also flooded, acknowledged underlying infrastructure problems despite insisting the flooding was caused solely by rain.

“I have found that we do have drainage issues that we are addressing,” she said. “But it takes time, it takes funds and I’m working on a four-year plan to rectify whatever drainage issues we have.”

Van Horn declined to comment on specifics of the “drainage issues.”

Her long-term plan could include building retention ponds to divert floodwater, she said, adding she had plans to consult with an engineer.

Delaware County Drainage Board officials did not immediately respond to requests for comment from News 8.