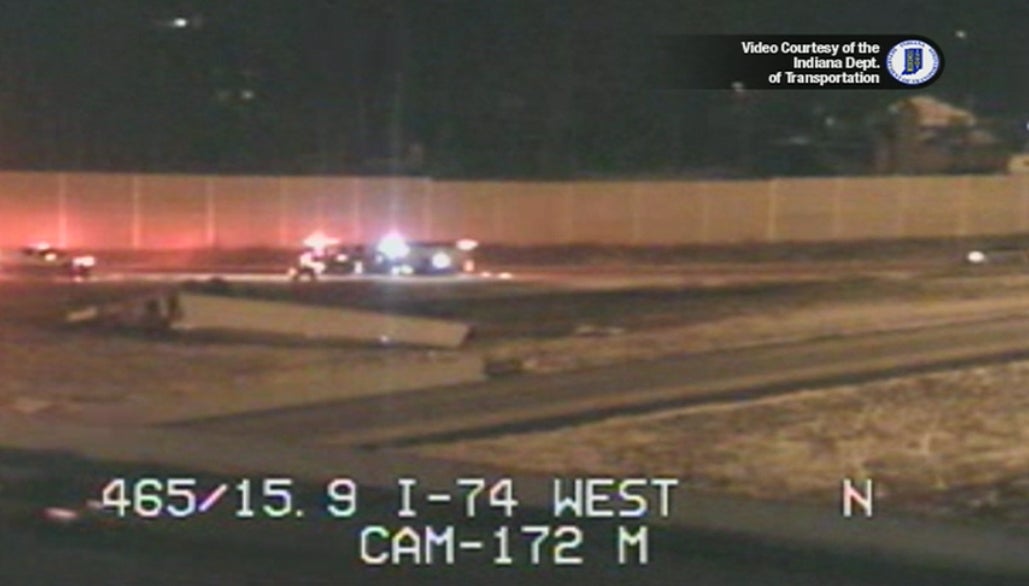 INDIANAPOLIS (WISH) – A west side interstate ramp was shut down Monday evening after a semi overturned.

According to Indiana State Police dispatchers, no was was hurt. Crews shut down the ramp while they worked to clear the crash scene. Police say the semi was carrying 40,000 pounds of soybeans.

Police said around 9:30 p.m. that the ramp had been reopened.