Semi carrying beer overturns on I-465 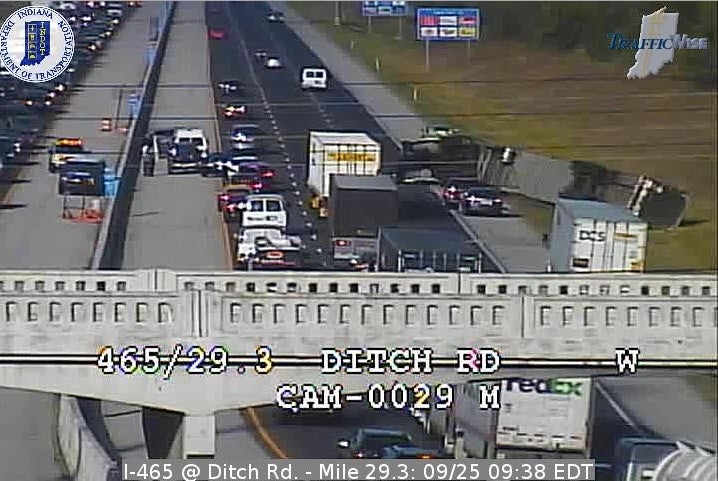 The crash happened in the westbound lanes of I-465 near the 29.3 mile marker. That’s just west of the Ditch Road exit.

The semi could be seen on its side from the INDOT camera. However, it was not clear what caused the crash.

All lanes were blocked at 10 a.m. while crews worked to clean up the crash. An Indiana State Police spokesman said shortly before 11 a.m. that it would still be a while before the crash was cleared. Traffic was able to get by using the left emergency lane.

State Police said there were no serious injuries at the scene, just a few scratches.

Check back at WISHTV.com for updates.