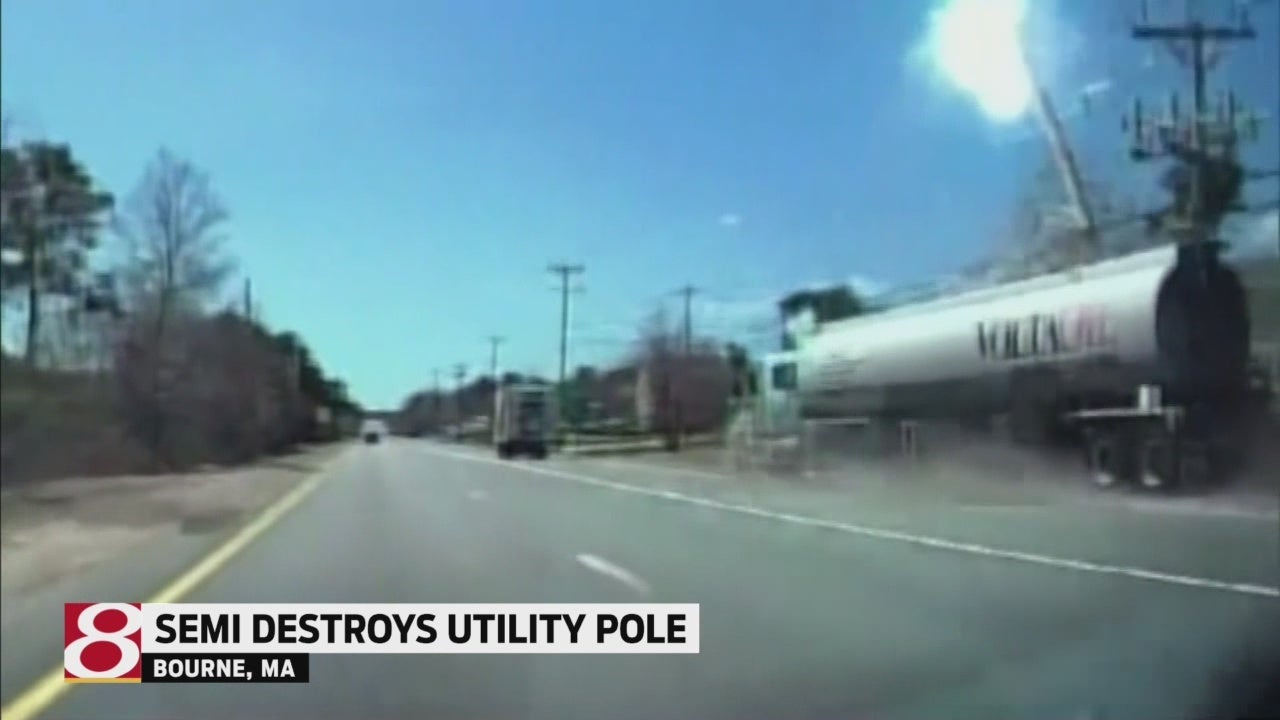 BOURNE, Mass. (WISH) – Dash-cam video from a motorist shows a tanker hauling 12,000 gallons of gasoline barrel into an utility pole in Massachusetts.

The 63-year-old driver says a bird flw into his truck, causing him to swerve into the pole. However,police don’t believe the story.

The fire department put out of the fire and other utility companies were able to repair other roadside damage that the crash caused.

The driver was charged with failure to stay within the marked lanes and reckless operation of a motor vehicle.