Semi fire closes westbound lanes on I-74 near Greensburg 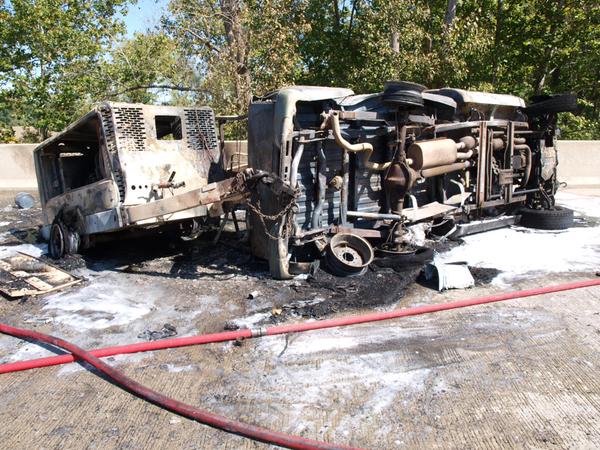 DECATUR COUNTY, Ind. (WISH) – A semi fire has closed the westbound lanes of Interstate 74 near the 129 mile marker.

According to Indiana State Police, the semi was fully engulfed in flames when they arrived to the scene around 1:30 p.m. Thursday. The crash happened near Greensburg.

ISP said they expect the westbound lanes to be closed for several hours as they work to clear the scene and put out the flames.

ISP said the semi, driven by 44-year-old Juan Murillo of Hammond was westbound on I-74 when Murillo lost control of the vehicle. Murillo was able to exit the vehicle. He sustained minor injuries and refused medical treatment at the scene.

Only minor injuries were reported in I-74 vehicle crash/fire. Roadway (westbound) will be closed for undetermined amount of time.- Sgt. Stephen Wheeles (@ISPVersailles) September 24, 2015

ISP, Decatur County Sheriff’s Department and fire department along with EMS were responding to the crash.