Semi overturns in North Split, closes I-70 ramp to I-65 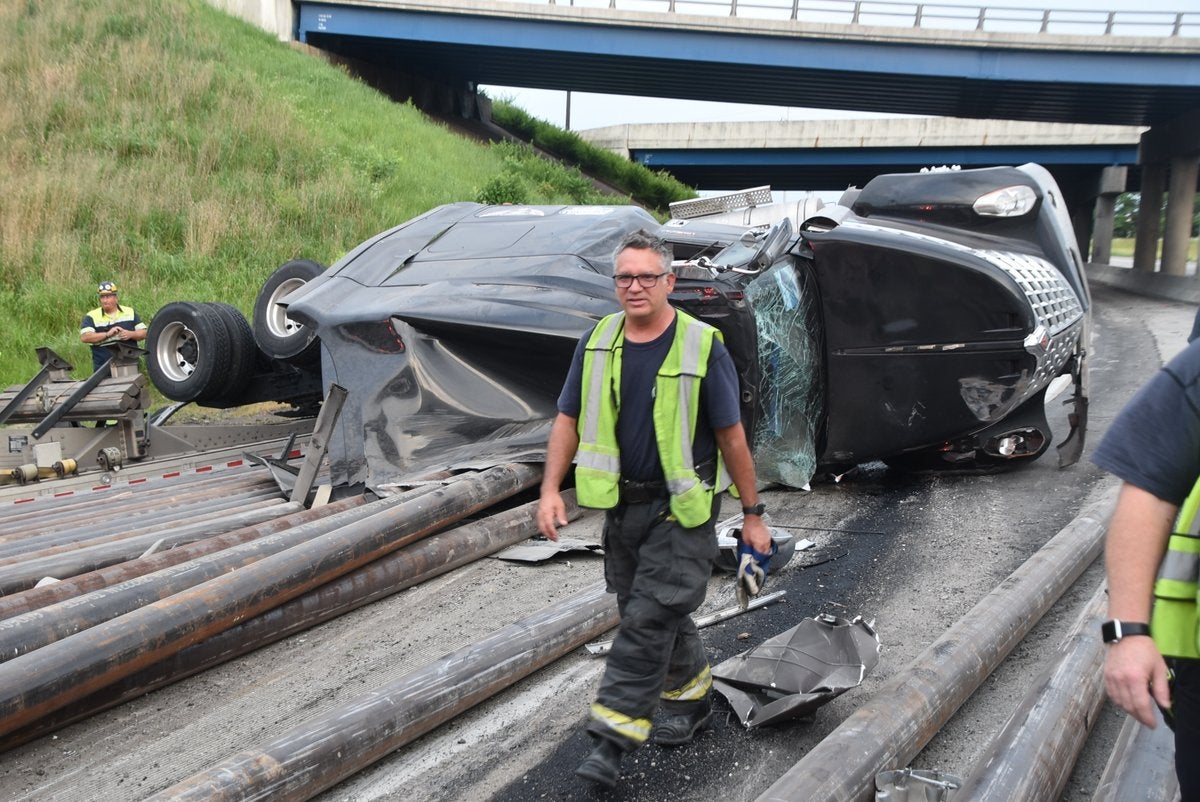 INDIANAPOLIS (WISH) — A semitractor-trailer overturned on the ramp from I-70 westbound to I-65 southbound in the North Split on Thursday night.

Photos from Indianapolis Fire Department showed the overturned semi and what appeared to be a load of pipes. The 61-year-old driver was not hurt in the crash.

A tweet from the fire department said the crash happened shortly before 8:15 p.m. The Indiana Department of Transportation estimated the ramp would be closed for about two hours as the crash was cleaned up.

A hazardous materials team with the fire department cleaned up about 150 gallons of fuel that spilled onto the road.