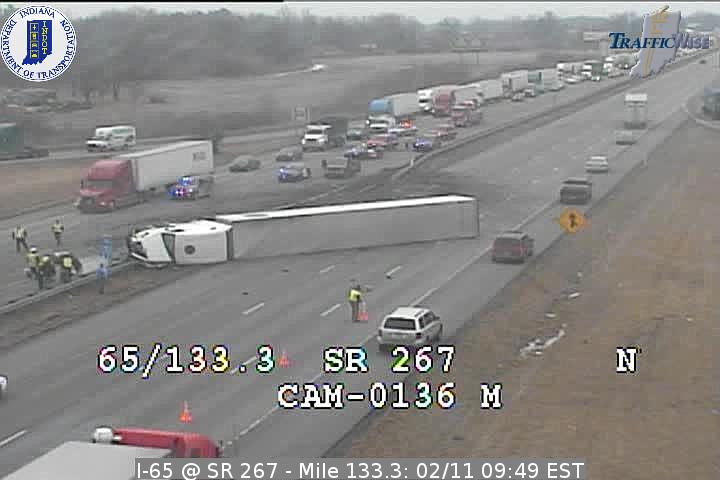 INDIANAPOLIS (WISH) – A semi rolled over on northbound I-65 at approximately 9:40 a.m. on Wednesday morning, closing all three northbound lanes and two of the southbound lanes.

INDOT reported that all three northbound lanes and two southbound lanes near the Boone Co. Brownsburg exit (Exit 133) will be closed for three hours to clean up the crash site at the 133-mile marker.

Indiana State Police stated that some traffic is getting through on the right shoulder, but urged commuters to find an alternate route.