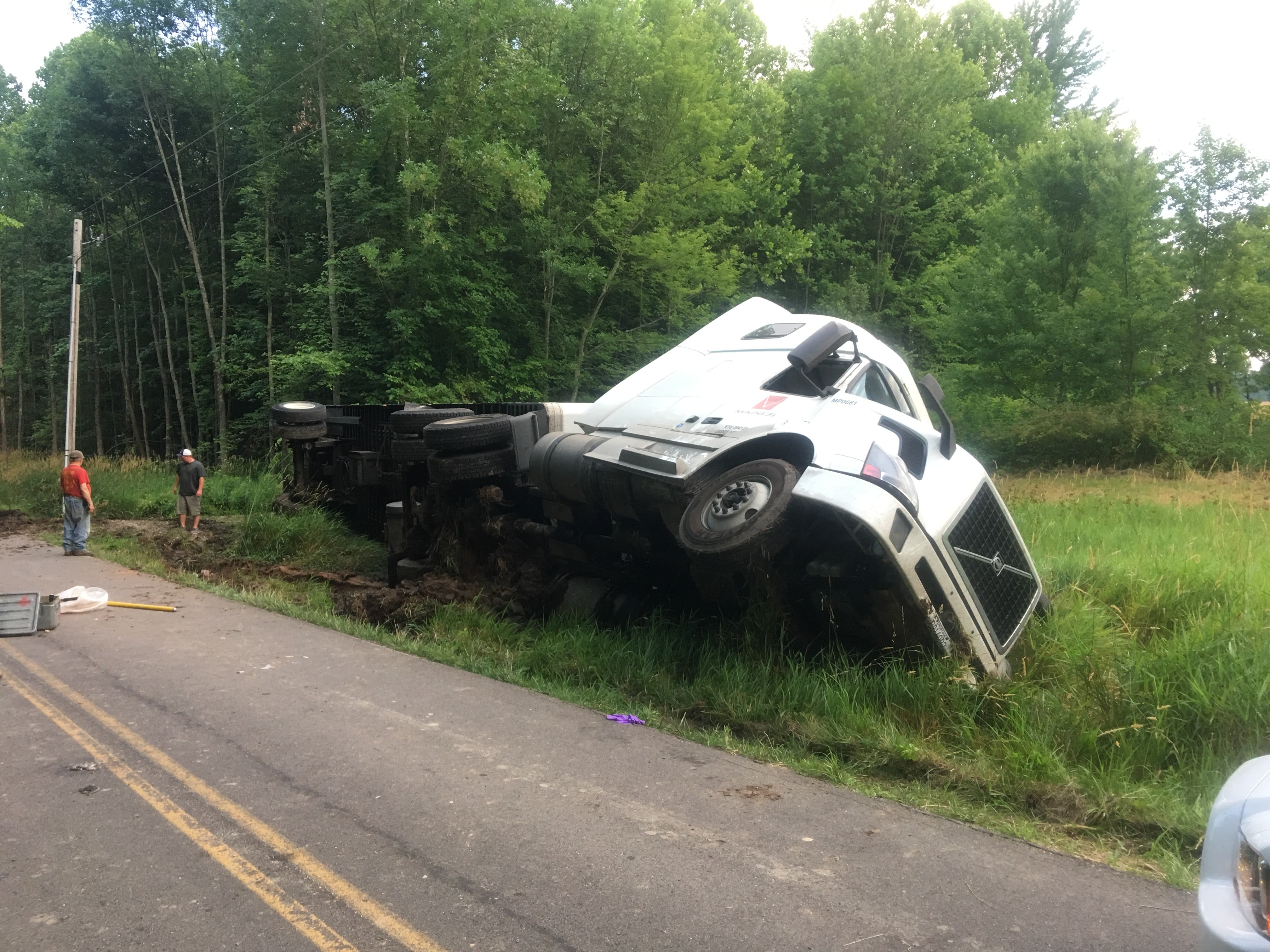 BARTHOLOMEW COUNTY, Ind. (WISH) – A semi-tractor rolled onto its side after the driver’s side window was struck by a large owl.

According to police, they were sent to 850 South after reports of a semi-tractor on its side.

Police said when they arrived, the driver, Patrick Molex, 22 of Illinois, said he was traveling eastbound on 850 South when his window was struck by a large owl.

He said he lost control of the tractor and left the roadway, striking a culvert and rolling onto its right side.

The owl was found dead on the floor board of the truck.