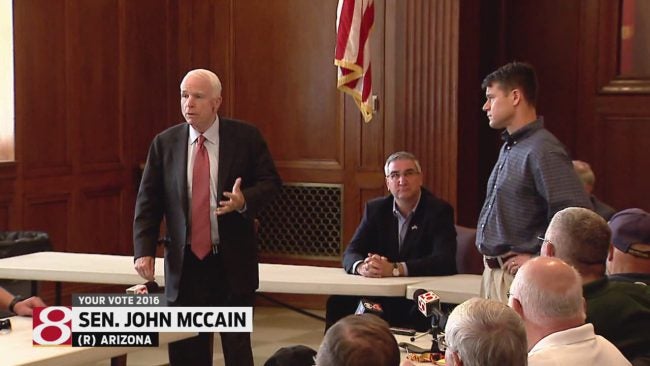 The stop was at a veterans round table at the Indiana War Memorial.  They discussed the changes they believe need to happen to help the U.S. regain military power and also how to help veterans here at at home.

Also, joining McCain and the two candidates for seeking statewide office at the event was current Indiana Sen. Dan Coats.

Young, who is running against Evan Bayh, is seeking to replace Coats who announced earlier this year that he was not seeking re-election.

Holcomb is hoping to become Indiana’s next governor as he campaigns against Democrat John Gregg.

Both Holcomb and Young served in the military.