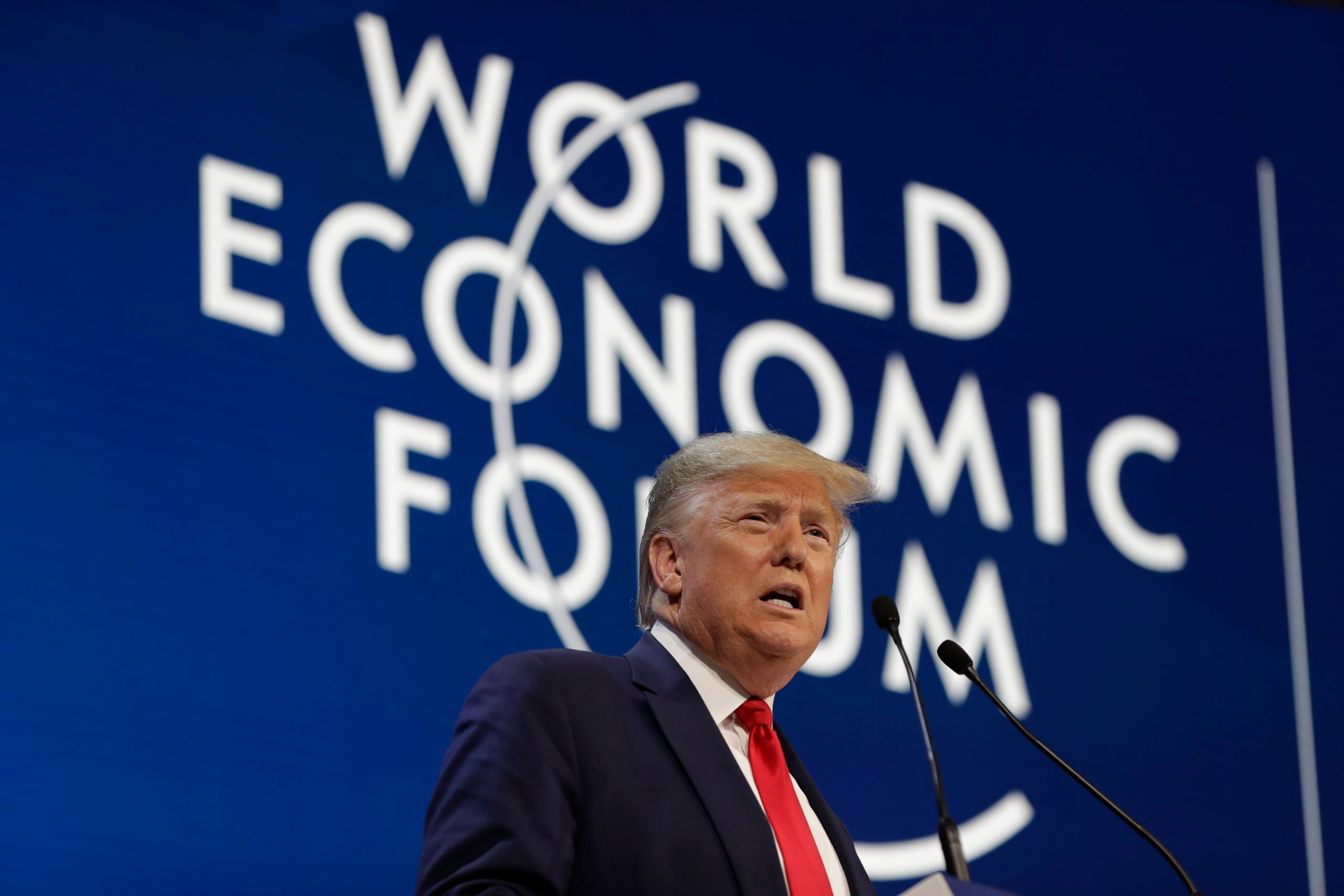 (CNN) — Democratic impeachment managers on Thursday made their constitutional case for removing President Donald Trump from office for abuse of power, seeking to convince skeptical — and often weary — Republican senators that the Senate trial needs witnesses and documents.

Democrats focused Thursday’s presentation on the first article of impeachment — abuse of power — one of two that was passed by the House last month. They walked through the evidence they’ve gathered to argue the President used his office to try to extract investigations into his political rivals while withholding US security aid and a valued White House meeting — and why that conduct merits impeachment and removal. And they used video clips of the President and his personal attorney Rudy Giuliani in addition to witness testimony to help get ahead of the arguments that Democrats are expecting from the President’s judicial team.

House Judiciary Chairman Jerry Nadler, a Democrat from New York, made the case in the second day of arguments that an actual statutory crime isn’t required for a President to be impeached, contrary to what the President’s defense team has said. Nadler cued up a video clip from the 1999 impeachment trial of Bill Clinton in which then-Rep. Lindsey Graham, a former House manager, agreed with him. In the clip, Graham, now a senator, said an impeachable offense “doesn’t even have to be a crime.”

Graham was not in the chamber when the clip was played.

Nadler followed it up with a clip of Alan Dershowitz, a member of the President’s legal team, making the same point in a 1998 interview about the Clinton impeachment.

“The Constitution is not a suicide pact. It does not leave us stuck with presidents who abuse their power in unforeseen ways that threaten our security and democracy,” Nadler said. “No one anticipated that a president would stoop to this misconduct and Congress has passed no specific law to make this behavior a crime. Yet this is precisely the kind of abuse that the framers had in mind when they wrote the impeachment clause.”

While the House still has one more day to make its presentation, House Intelligence Chairman Adam Schiff ended Thursday’s session with an impassioned closing argument for Trump’s removal, arguing that the facts are not in dispute.

“You know you can’t trust this president to do what’s right for this country. You can trust he’ll do what’s right for Donald Trump,” Schiff said. “If you find him guilty, you must find that he be removed. Because right matters. And the truth matters. Otherwise we are lost.”

‘There is some method to our madness’

The House managers took turns pointing back to the evidence they had presented on Wednesday to explain why it met the standard of an impeachable offense. Setting up the day’s presentation, Schiff, a California Democrat, explained why there was repetition to the House’s argument — a rebuttal to criticisms from Senate Republicans.

“Of necessity, there will be some repetition of information,” Schiff said. “We will now show you these facts, and many others, and show you how they are interwoven. You will see some of these facts and videos in a new context, and a new light, in the light of what else we know, and why it compels a finding of guilt and conviction. “So there is some method to our madness.”

But the challenge for presenters is growing more arduous as senators struggle to stay engaged in a narrative many feel they’ve heard before.

“They’re laying out their case multiple times. … They really made the same case three times,” said Sen. James Lankford, an Oklahoma Republican. “But then they spent a lot of the big chunk of the center part of the day, really, talking about things that are not relevant or that are policy issues for instance firing an ambassador, not taking the advice of career professionals — all those things, those are not impeachable.”

The House’s presentation stretched for more than nine hours into the night past 10 p.m. ET, with the final day of the House’s opening argument slated for Friday. Then it will be the defense counsel’s turn, though GOP senators say they don’t expect the President’s legal team to use all of their allotted 24 hours.

The President’s personal attorney, Jay Sekulow, did not say how long the defense team would take of the 24 hours available. The defense team is likely to start on Saturday, and senators and aides in both parties say there is an effort in the works to hold a short, morning-only impeachment trial session on Saturday.

Republican senators and Sekulow suggested that even if the President’s legal team doesn’t try to call former Vice President Joe Biden and his son, Hunter Biden, as witnesses for the trial, they should dive into Hunter Biden’s role at Burisma in their presentation after Democrats focused their attention on the Ukrainian energy company on Thursday.

“For the last five hours, it’s been a lot about Joe Biden and Burisma, they kind of opened the door for that response so we’ll determine as a defense team the appropriate way to do it,” Sekulow said.

Democrats made clear they’re not looking to use their opening arguments to present new information to the public and senators. In fact, part of their argument is that they need additional witnesses and documents to obtain new information that would supplement what they describe as overwhelming evidence of the President’s guilt.

The impeachment managers’ focus is on building a complete case — one that’s targeted at a small group of Senate moderates they hope they can convince to cross the aisle and vote with them on key witnesses like the President’s former national security adviser John Bolton and acting White House chief of staff Mick Mulvaney. While three Republicans have hinted they could be open to such overtures — Sens. Susan Collins of Maine, Lisa Murkowski of Alaska and Mitt Romney of Utah — Democrats would need to convince four in order to have the votes they would need to issue subpoenas for documents and witnesses.

On Thursday, the managers argued why the facts they outlined one day prior showed that the President abused his office — and warranted impeachment and removal from office. They’ll move onto their case for obstruction of Congress, the second impeachment article, on Friday.

Lobbying key senators from both sides

At the same time, the President’s allies are also working behind the scenes to lobby wavering GOP senators to oppose any witnesses, a source familiar with the process told CNN. The effort includes calls not only from members of the President’s team and allies on Capitol Hill, but also identifying people that the senators trust and respect from a wide variety of places, including back home, and getting them to call.

That vote on whether to have witnesses and obtain additional documents would likely happen next week after opening arguments from both sides and 16 hours of time for senators to ask questions concludes.

Some of the key Republicans aren’t saying yet how they’ll vote on additional witnesses and documents.

“We are doing a really good job of allowing the House managers to make the case. … They say themselves they presented overwhelming evidence; they’ve done a good job of that. And then we can decide if we need additional documents or evidence,” said Sen. Lamar Alexander, a Tennessee Republican who is retiring at the end of his term.

Romney said Thursday that he wasn’t going to comment on “evidence or the process” until the trial was completed.

The Democrats’ best chance for a GOP crossover is Collins, who reiterated on Thursday that she was likely to vote for additional documents and witnesses. “I tend to like information and would anticipate I would vote for more,” she said.

But Murkowski, another key moderate, raised questions about why Democrats want the Senate to subpoena witnesses — and potentially end up in court over them — when the House did not take that step.

On the Senate floor, the long hours where senators are required to stay but not speak are taking their toll on a body where the average age is about 63 years old.

While Senate rules encourage members to be seated at their desks during the remainder of the trial, long days and sometimes longer nights have worn members down. While breaks in decorum that the first day of arguments didn’t surface until the late hours of the night, on Wednesday they were happening earlier and earlier inside the chamber.

Earlier Thursday, Collins confirmed to Politico that she had written a note on Tuesday night ahead of Chief Justice John Roberts’ admonishment of both sides for a breach in decorum.

“It reminded me that if we were in a normal debate in the Senate that the rule will be invoked to strike the words of the senator, for imputing another senator in this case, so I did write a note raising the issue of whether there had been a violation of the rules of the Senate, and I gave that note to Laura Dove, and, well, shortly thereafter the chief justice did admonish both sides, and I was glad that he did,” Collins said, a reference to Laura Dove, the secretary of the majority in the Senate.

On Thursday, Senators have taken to pacing around the chamber and standing behind their desks to keep from falling asleep. Many senators are writing during the trial, both to take notes but also to keep engaged.

Schiff acknowledged the senators’ predicament in his opening remarks on Thursday, thanking them for “their long and considerable attention” over the first two days of the trial.

“Of course, It doesn’t hurt that the morning starts out every day with the sergeant-at-arms warning you that if you don’t, you will be imprisoned,” Schiff said. “It’s our hope that when the trial concludes, and you’ve heard from us and you’ve heard the President’s counsel over a series of long days, that you don’t choose imprisonment instead of anything further.”

Sen. Richard Burr had another idea to help senators get through the long days: fidget spinners. The North Carolina Republican brought a bag of them and other toys to the Republican conference on Thursday. Both Burr and Sen. Tom Cotton, an Arkansas Republican, could be seen playing with them while the Democrats gave their presentations.