Serial-vandal hits officer in head with hammer during arrest 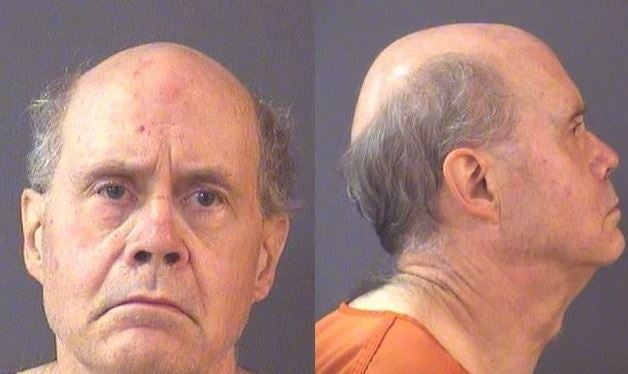 SHERIDAN, Ind. (WISH) – After two years, Sheridan police have arrested the person they believe may responsible for a series of vandalism incidents throughout the town. Three of the incidents were connected to arson.

Police arrested 65-year-old Jerry Coy of Sheridan, after they found him with spray paint, matches, and gasoline.

They said while on routine patrol around 2:15 a.m. Tuesday, they observed the word “HEX” spray painted on a garage near the 400 block of South California Street. Police said the vandalism incidents they’ve come across in the past all contained the word “HEX” in spray paint.

Police said as they searched the area, they saw Coy with an illuminated flashlight in his hand and once he saw police he fled on food. Police then chased him on foot until they caught up with him. They said he began to physically resist arrest and struck an officer in the back of the head with a hammer wrapped in a plastic bag.  Police then tased Coy and later found him to be in possession of spray paint, matches, and gasoline at the time of the arrest.

The officer hit in the head with a hammer was transported to a nearby hospital by ambulance and released a short time later with only minor injuries.

Police Chief Bob Shock said the department has been hosting a series of public meetings to get help the word out about the crimes, as well as answer questions. He said when he arrived on scene Tuesday he immediately recognized Coy. “The minute I seen his face I was like ‘oh, I remember him,’ sitting in the front of the meetings and asking questions,” Chief Shock said. He said Coy asked about DNA evidence. “I felt like he was trying to feel us out, where we were at in terms or with things, our investigation.”

Some people who live near Coy talked to 24 Hour News 8 but asked we hide their identity. They described him as a quiet man who kept to himself but that they were nervous to hear he was out of jail. Chief Shock said Coy’s bond was set at $100,000 but that he put up the 10% to bond out.

24 Hour News 8 visited Coy’s listed address. A man who liked like Coy answered the door but didn’t identify himself. He asked for privacy then shut the door. Neighbors said Coy lived by himself.

Coy was arrested and transported to the Hamilton County Jail and is being held on a $100,000 bond.

He now faces charges that include: