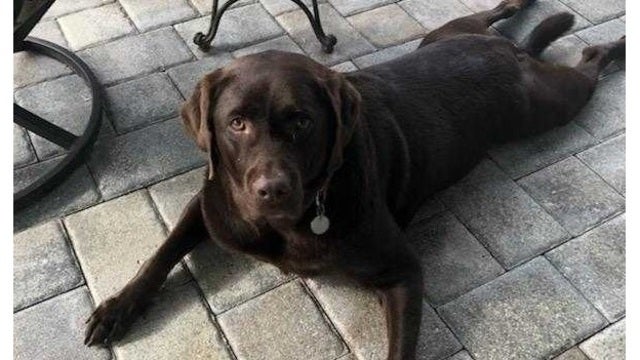 PALMETTO, Fla. (WFLA) – Pet owners in Manatee County are sounding the alarm after a gator mauled and killed a man’s service dog at Dog Leg Park at Buffalo Creek.

The attack happened Friday shortly before dusk. Sharil Dowling and other witnesses say the chocolate lab somehow got loose while outside the fence with its owner.

Next thing Dowling knew, the lifeless dog was slumped over a man’s shoulders, covered in blood.

Dowling described the scene as horrifying but had previous feared such an attack was an accident waiting to happen.

“Most people, if they knew they were that close to marsh and gators, they wouldn’t walk back there,” she said. “I can’t imagine the anguish that guy was in.”

A line of trees just outside the dog park obscures wetlands, and both Dowling and other pet owners who frequent the dog park fear not enough people are aware of the dangers hidden away.

In the five years Tim Todd has come to Dog Leg Park, he knows of at least three dogs eaten by alligators. After Friday, he reached out to the county, demanding it put up warning signs.

“It was too late to do anything for that dog, but what could we do to help other people?” Todd asked.

Snake and gator warning signs were installed earlier this week.

WISH-TV’s sister station, WFLA, has learned the dog killed Friday, Java, was a service dog for Andrew Epp, a man who suffered mental health issues. Epp was so distraught, according to family and friends, that he took his own life the very next day.

“It was just such a sad situation, he couldn’t deal with it,” said neighbor and family friend Kayla Weston.

Friends and family have started a GoFundMe for Epp’s mother.

A nuisance gator trapper has been dispatched to Dog Leg Park, according to a spokesperson for FWC. At last check, the gator had not been captured.

The FWC says it places the highest priority on public safety and administers a Statewide Nuisance Alligator Program (SNAP) to address complaints concerning specific alligators believed to pose a threat to people, pets or property.

People with concerns about an alligator should call FWC’s Nuisance Alligator Hotline at 866-FWC-GATOR (866-392-4286).

When someone concerned about an alligator calls the Nuisance Alligator Hotline, FWC will dispatch a contracted nuisance alligator trapper to resolve the situation.