Several hundred rally at statehouse in support of Second Amendment 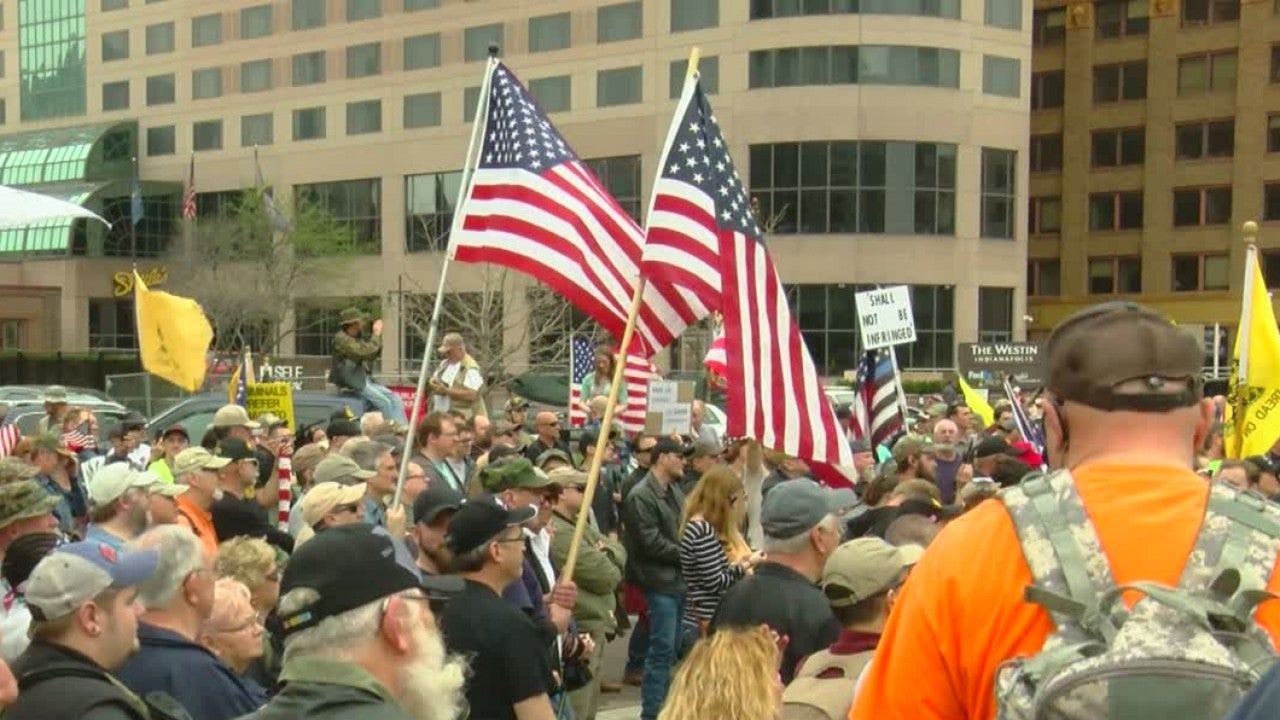 INDIANAPOLIS (WISH) — Several hundred people gathered outside the statehouse Saturday. It was a rally organizers said focused on protecting and supporting the Second Amendment.

It comes at a time where attendees say the right to gun ownership is under attack. The rally in Indianapolis was part of a nationwide effort to have rallies in all 50 U.S. capitals.

People came from across the state to speak Saturday because they said they’re afraid of their Second Amendment rights being taken away.

They gathered around 2 p.m. on the south side of the Statehouse. They held signs and flags, many with their guns.

“If your life is not in danger, my life’s not in danger, that gun is going to stay right where I put it. In my holster on my hip,” said David Shoemaker from Michigan City, who drove down specifically for the event.

There were around a dozen speakers who addressed the crowd. Some said they’re just concerned citizens. Many of the speakers were politicians or people running for office.

“Why do we not have an open dialogue? Why are we not educating our children on firearm safety?” asked Tami Watson, who is running for Bartholomew County sheriff.

Some gun owners say they have those conversations already.

“Gun safety. Having it with her all the time. I expect her to have it any time she is allowed to carry it,” said Kim Hardy, from Muncie, who went to the rally with her 19-year-old daughter, Alexis.

“Been around guns my whole life pretty much. Military background,” said Alexis, who said she got her permit to carry days after she turned 18.

Attendees said it’s about protection for the unexpected, like a road rage incident for Shoemaker.

“He came to the drive through that I was at, swung at me, now I was smart enough to duck back. All he did was graze my shoulder. Did I have gun in my hand? Yes but the safety never came off,” he said.

Attendees said they believe restricting what guns you buy goes against the Second Amendment. They also said they don’t think more laws will stop bad guys from doing harm.

Lawmakers across the country and in Indiana have been considering whether to put forward legislation to increase gun control; they say it is in hopes of keeping guns out of the wrong hands.

In Massachusetts a federal judge ruled a state can ban assault weapons without infringing on the Second Amendment.

In Indianapolis, a city-county councilor proposed a resolution last week calling for the state lawmakers to ban assault weapons.

At Saturday’s rally and at the March for Our Lives rally a couple weeks ago, there were both calls for people to get out to vote next month and November for politicians supporting their positions.