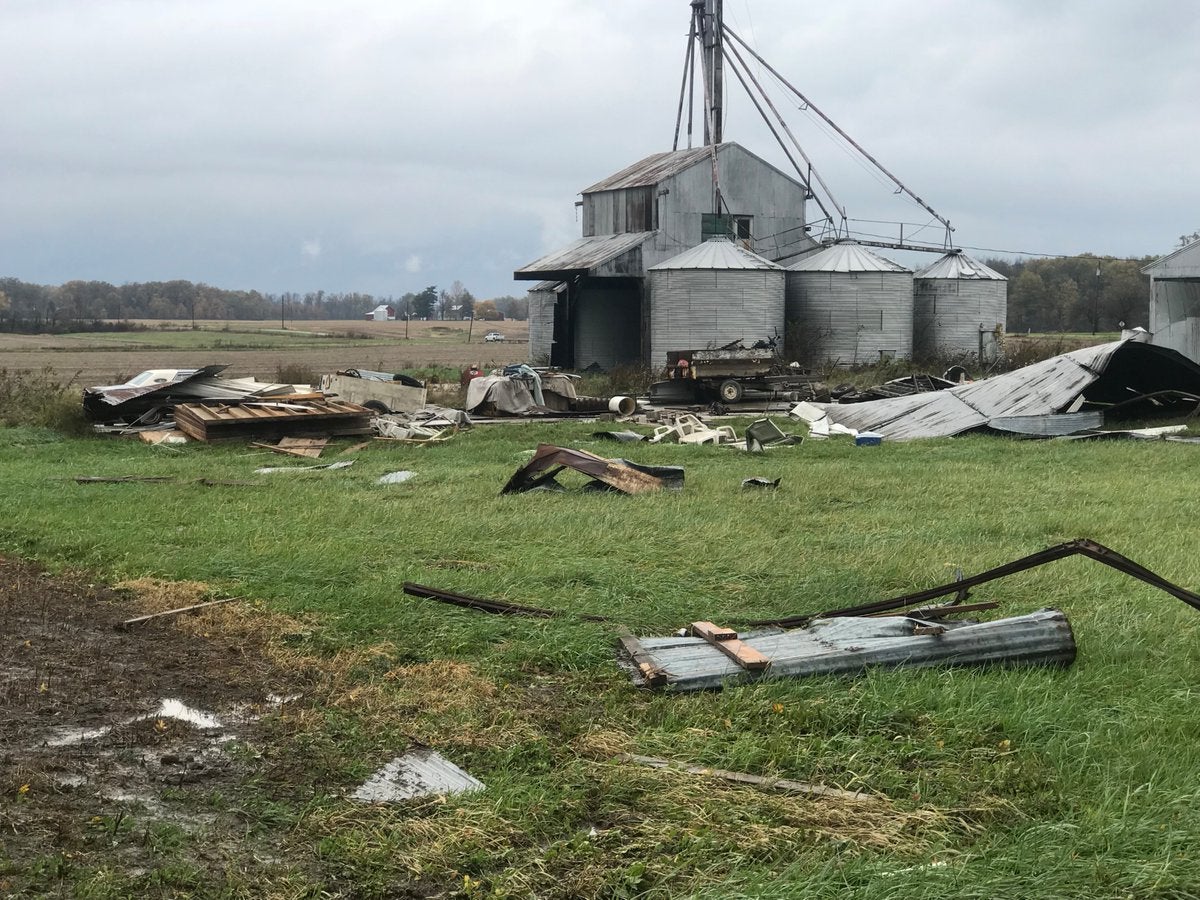 The following school closures and delays were put into place on Sunday night:

The Madison County Emergency Management Agency reported that there were many utility lines down blocking roadways and some farm structures had experienced damage.

The Hamilton County Sheriff’s Department confirmed reports of a barn collapsed north of Westfield in Sheridan at Ditch Road and 276th Street. 24-Hour News 8’s Brittany Lewis sent photos of the damage on her way to Madison County to continue coverage. A deputy on the scene said this was the worst damage in the county. Some trees were also down nearby, as well as a power line at that location. The homeowners were not home at the time of the damage, according to the deputy.

The Lawrence County Sheriff’s Department confirmed that a tornado had touched down in the eastern part of Lawrence County near Springville. They say they have received reports of homes destroyed and other serious damage, but no reported injuries. 24-Hour News 8’s Megan Sanctorum is gathering information in Springville.

Jay County has also sustained serious damage with reports of power lines down and damage to homes in the northeastern part of the county around Trinity. The Jay County Emergency Management Agency confirmed reports of damage to the Ohio Valley pipeline and a potential gas leak in northeastern Jay County near the state line. Jay County Sheriff’s Office also sent the following advisory to residents:

The tornado damage in Jay County took a north-east path roughly from 150 N / SR 1 and 700 E / 400 N. There are many homes damaged or destroyed. There were no significant injuries reported. There are down power lines and poles and the power is out in many areas.- Jay County Sheriff (@JayCoSheriff) November 5, 2017

The following power outages were being reported:

In Delaware County, about 9,877 Indiana Michigan Power customers were without power Sunday.

In Grant County about 4,388 Indiana Michigan Power customers were without power Sunday.

Reports of strong winds, trees down, power lines down in the Muncie and Ball State area have been reported. There were also two reports of trees fallen on homes but no serious damage. The city of Muncie provided the following information about storm damage, including damage around Muncie Fieldhouse:

The city of Muncie also advised residents that City Hall would be open as a shelter.

Stay with WISH-TV, WISHTV.com, and the WISH-TV weather app for updates.