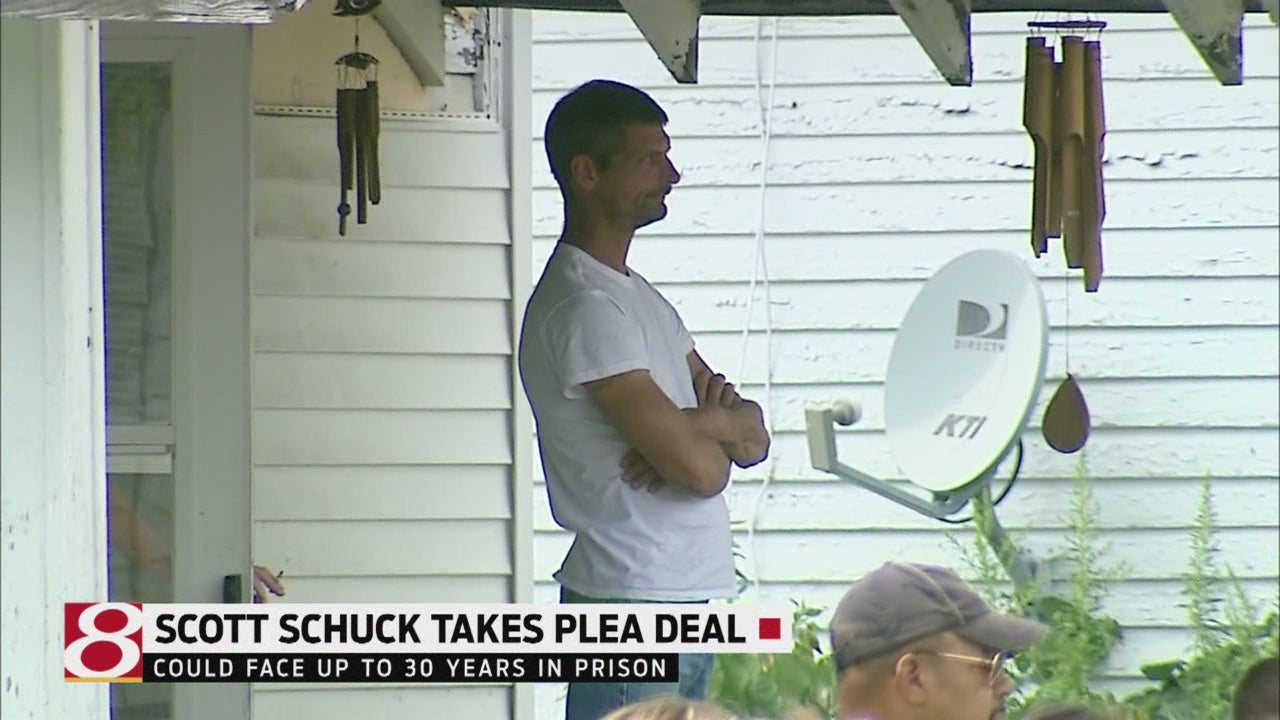 SHELBYVILLE, Ind. (WISH) – A Shelby County man, who allegedly confessed to killing his once-missing girlfriend, is now changing his story as a part of a plea deal with prosecutors.

Scott Wayne Schuck avoided a murder conviction Tueday, and instead pleaded guilty to aiding in voluntary manslaughter and being a habitual offender.

His defense attorneys told jurors that it was Schuck’s mother, Wilma Schuck, who struck and killed Rebecca Cassidy with a frying pan in 2010 during an argument and that Scott Schuck was covering for his mother.

“He dug a hole and buried her with the help of his mother,” his defense attorney, Andrew Baldwin, told 24 Hour News 8. “It was important for Scott more than anything else to have the truth come out. What he pleaded guilty to was the truth.

Part of the plea that was very important to him that his mother not be prosecuted in this case.

What he admitted to was not murder because he didn’t commit murder – and it wasn’t manslaughter – it was aiding by not helping his mother after his mother struck her and Rebecca laid unconscious on the floor. He didn’t do anything to help.”

Baldwin later added, “And there are reasons for that, and that didn’t get brought out at trial. And I guess it doesn’t need to now. He’s satisfied with the truth coming out.”

“Whether (Schuck) was solely responsible in this or not is really not the issue in these types of cases – if you aid someone in committing an offense, you commit that offense. So for all intents and purposes he has pleaded guilty to voluntary manslaughter,” Koester said in an interview.

When reached by a 24-Hour News 8 reporter, Wilma Schuck said, “I don’t have anything to say to you guys and stop calling me,” she then hung up.

Under the plea agreement, Wilma Schuck will not be charged.

Koester said Wilma won’t be charged because her defense would have been that Scott committed the murder and that with Schuck pleading guilty to aiding in a Class B felony – he essentially is admitted he was guilty of the crime.

“I think (Rebecca’s) family is convinced that Scott Schuck acted alone in this matter. Him taking responsibility and taking action that he did is closure for the family. It’s not an ideal situation but I think it’s a good result. Ultimately the family gets closure, there are no appealable issues as this point. He’s going away for a long time,” Koester said.

According to Baldwin, Schuck “thought” that Cassidy had died when she was struck in the head on April 10, 2010.

“He later found out that she actually had not died. He had gone outside and then came back in and realized she was alive and that the mother, Wilma, had killed her,” Baldwin said.

When pressed about if there was concrete evidence of Wilma’s involvement, Baldwin said: “She’s admitted to it. I don’t know if that’s considered concrete. And a doctor would’ve testified that type of injury and death relating from that type of connection with a skillet would have and could have resulted in a death like that.”Schuck is eligible to seek a sentence modification under the terms of the agreement.Scott Schuck will likely receive a sentence of 30 years in prison, but his attorneys hope that will be reduced.Rebecca Cassidy was last seen in 2010, and was believed to be missing for years.In July 2014, Shelby County detectives found human remains along with Cassidy’s identification and purse in Schuck’s backyard.

As detectives dug into Schuck’s yard, Schuck told reporters he was not guilty of the crime.

According to court documents, Schuck later admitted that he and Cassidy had an argument and that he struck her and strangled her and then buried her in his yard.

Before Tuesday, the defense raised all kinds of allegations and file motions claiming that Schuck’s alleged confessions were improperly obtained by police. A special judge and special prosecutor were appointed. All of that is moot now with the guilty plea, Baldwin said.

Prosecutors say Cassidy’s family is aware of the plea deal and most concerned with moving on.

Mark Kamish, a co-defense counsel for Schuck along with Baldwin, said talks of a plea deal had been “ongoing.”

“Clearly our client had and admitted to some wrongdoing in this incident. It’s a real tragedy,” Kamish said.