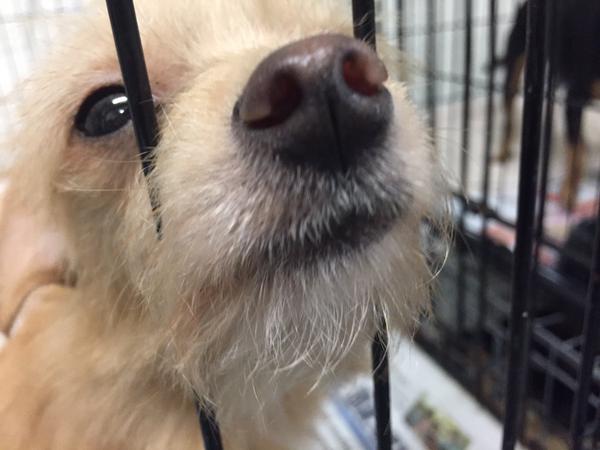 Inside a room inside the shelter sits Jackie, a Chihuahua mix.

Jackie starts to walk but it’s difficult. She can barely use her two back legs, but Swearingen said that’s not because of her age.

“We believe she was kept in a cat carrier,” he said.

She was alone and neglected, along with 28 other dogs, all of which were found inside a mobile home on Leavitt Street in Brazil, Indiana. It was last Friday when a neighbor called the Brazil Police Department after noticing one dog was loose. Police arrived to hear several dogs barking inside the house. Animal Control was called to investigate.

“I came out here with the shelter manager after a neighbor told us more dogs were inside,” said Tim Pittman, an animal control officer for the city of Brazil.

When officials arrived at the home they found two of the dogs already dead. They describe the conditions inside the home as filthy. Most of the dogs were covered in feces.

Relatives told officers the owner left nearly two months ago. She surrendered the animal via phone, and no charges have been filed against her at this time.

The dogs are on the road to recovery at the Clay County Humane Society.

“Most of them are losing hair from flea infestation,” said Swearingen.

Now the humane society is in desperate need of help from the community to be able to support this drastic increase in animals.

The shelter refuses to euthanize, hoping animals like Jackie will get a second chance at a loving home.

For more information on how you can help, contact the Clay County Humane Society at 812-446-5126.