Sheriff: Driver disappears after car catches fire on I-69 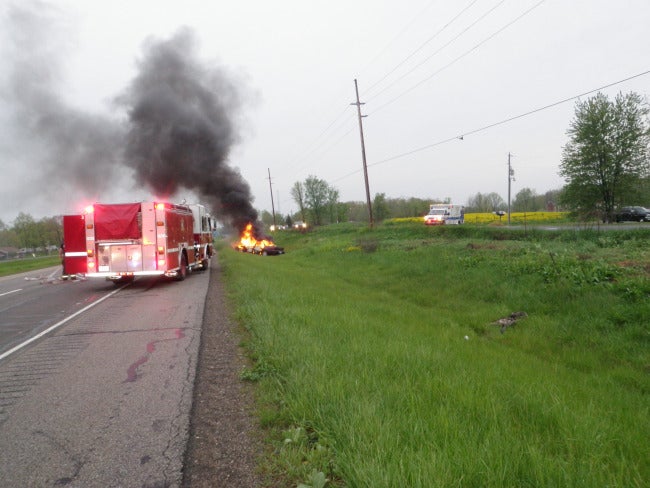 STEUBEN COUNTY, Ind. (WANE) – The driver of a car that caught fire on I-69 in Steuben County has not been located, according to the Steuben County Sheriff’s Department.

Investigators said the car appeared to go off the road and into a ditch. Witness statements led investigators to believe the car caught fire before it left the road.

Police found a person near the crash on Golden Lake Road who had burns to his hands, face, chest and legs. The person was taken to an Angola hospital before being airlifted to a Fort Wayne hospital. Investigators believe the man was the passenger. The driver was not located at the crash site and a police K-9 officer was called to begin a track.

As of Friday morning the driver has not been located.

Police have not released the identities of anyone involved.