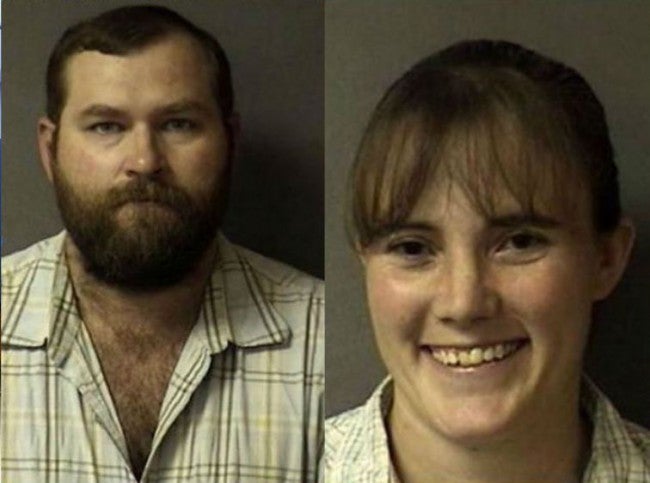 MADISON COUNTY, Ind. (WISH) – A Madison County couple was sentenced Friday by a Madison County judge to probation for charges related to more than 100 dead animals found on their farm in 2013.

Daniel and Carrie Ault reached a plea deal in January 2015. The couple faced charges after 171 dead and rotting animals were found on their Summitville farm in April 2013. Other animals were living among the carcasses with no clean water.

It’s something Madison County Sheriff’s Deputy Kim Lott said she won’t soon forget – the sights and smells of dead and decaying animals at the Ault’s farm. At one point during her testimony, as she talked about one sheep she found – a “skeleton with fleece on it” that stood up as she approached – Lott became so emotional she had to leave the courtroom to compose herself.

“A horrendous scene. It was the worse I’ve seen in Madison County and I hope I never see it again,” Lott said.

At that time, Daniel Ault told police he’d become “overwhelmed.” In court Friday he admitted he didn’t dispose of the dead animals because he had too many “irons in the fire” and no time to take care of it. He also said animals dying were the nature of the animal agriculture business.

Maleah Stringer, who is with the Anderson Animal Protection League said that’s not good enough.

“If this is the industry, and this is how the industry is run then perhaps we need to check into that and get some regulations because this is not appropriate,” Stringer said.

Bryan Williams, the Ault’s attorney, said he had been anxious for the hearing so the Ault’s could tell their story.

“So they could finally tell their side of the story and explain better who they are as people,” Willams said. “It’s not the way they’ve been portrayed – especially in this community.”

State Board of Animal Health experts testified they’d found no evidence of abuse or neglect.

“I thought that’s what’s been important this whole time is there’s been a lot of rumors about what went on out there, a lot of speculation, a lot of – quite frankly – criticism of the Ault’s that the evidence – the actual State’s experts – didn’t support.,” Williams said.

Prosecutor Rodney Cummings had asked the judge for jail time for Daniel Ault, believing he was more responsible for what happened on the farm than Carrie Ault. He said, however, that the judge’s decision to sentence the couple to probation was fair.

“It may not seem like a significant punishment but given the level of sentences that are available for this kind of crime it’s the best we could do,” he said. “As of now he has felony convictions and he cannot participate in that business so that’s a win in and of itself.”

Cummings said while there were a few animals that showed evidence of malnourishment and mistreatment, there was no proof on how the dead animals had died, making it difficult to move forward on those cases. He said, to Daniel Ault, the animals were just something to “get to the slaughter house and get paid for quickly.”

“Any treatment or services he provided – food or water – just was money out of his pocket and I think that’s what the evidence was in this case,” Cummings said. “And I think that’s why we ended up with such a horrible scene out on that farm.”

Daniel Ault’s probation will last two years while Carrie Ault will be on probation for just one year. Daniel has 30 days to appeal his sentence. Carrie Ault has said she will not appeal her sentence.