Sheriff’s office finds casket along roadway: ‘No reports of zombies’ 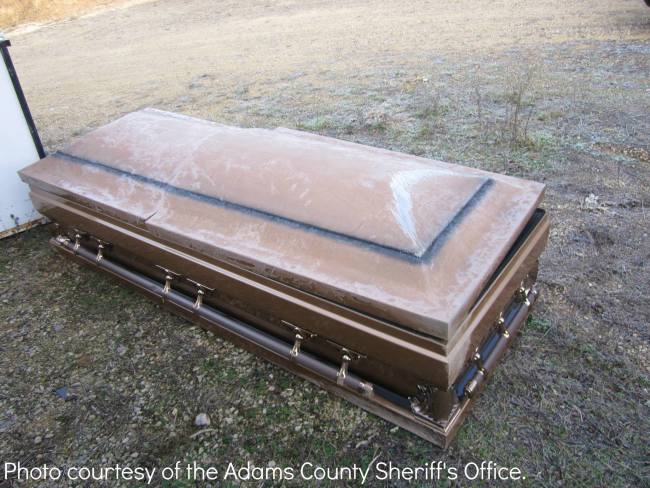 GREEN BAY, Wisc. (WBAY) – A sheriff’s office in central Wisconsin has a question: “Anyone missing a casket?”

The Adam’s County Sheriff’s Office took to Facebook to post a photo of a casket found along a highway last weekend.

“We’re pretty certain it did not come out of the ground, and there have been no reports of zombies in the area,” the post reads.

The Sheriff’s Office spoke with a funeral home and discovered used caskets can be sold to private citizens for haunted houses and displays.

The post continues, “So, if this fell off the back of your truck over the weekend, get in touch with us. It’s a little creepy, and we’d like to get it back to you. ‪#‎WheresMyCasket”