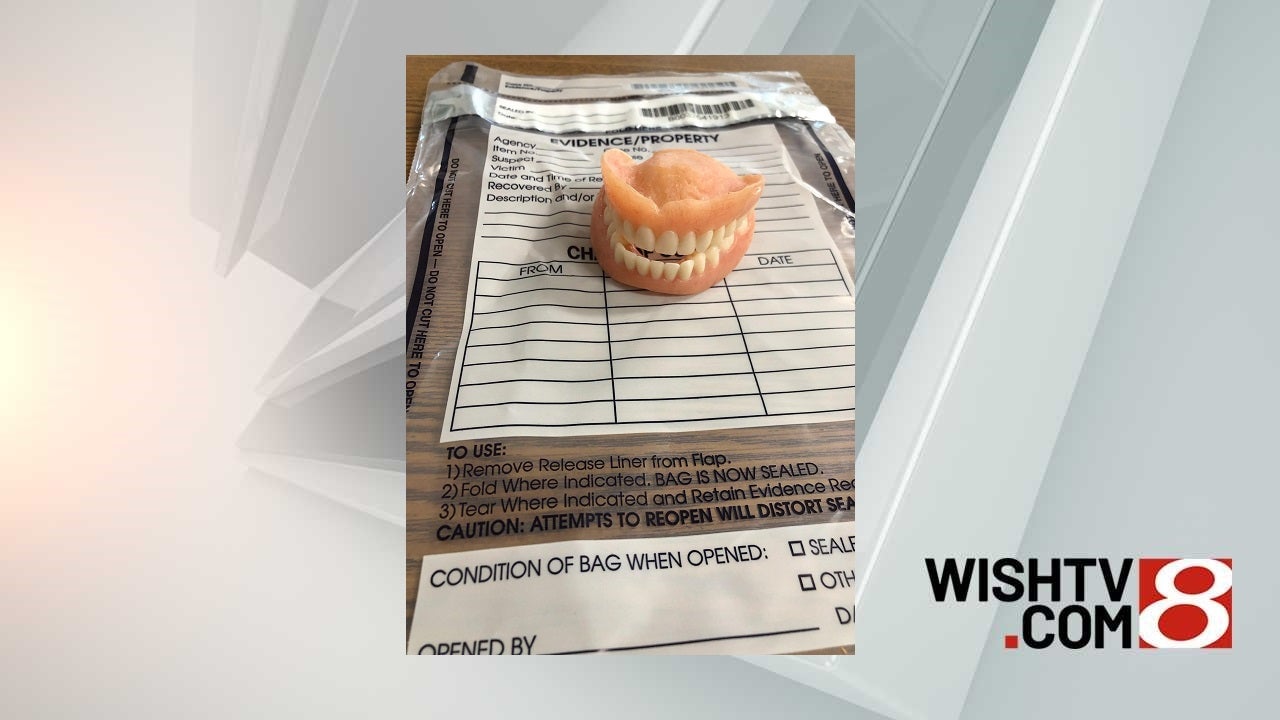 VERNON, Ind. (WISH) — The sheriff’s office took a bite out of crime this week after recovering a woman’s dentures that had been reported stolen.

A woman contacted the Jennings County Sheriff’s Office on Monday and said her dentures were stolen by another woman, according to a Facebook post. The theft victim said the suspected thief was wearing the teeth.

The deputy located the theft suspect Wednesday and went to speak with her at her home. There, the deputy saw the dentures in plain view with the theft victim’s name on them.

The sheriff’s office said it recovered the dentures and expects to charge the woman with theft.