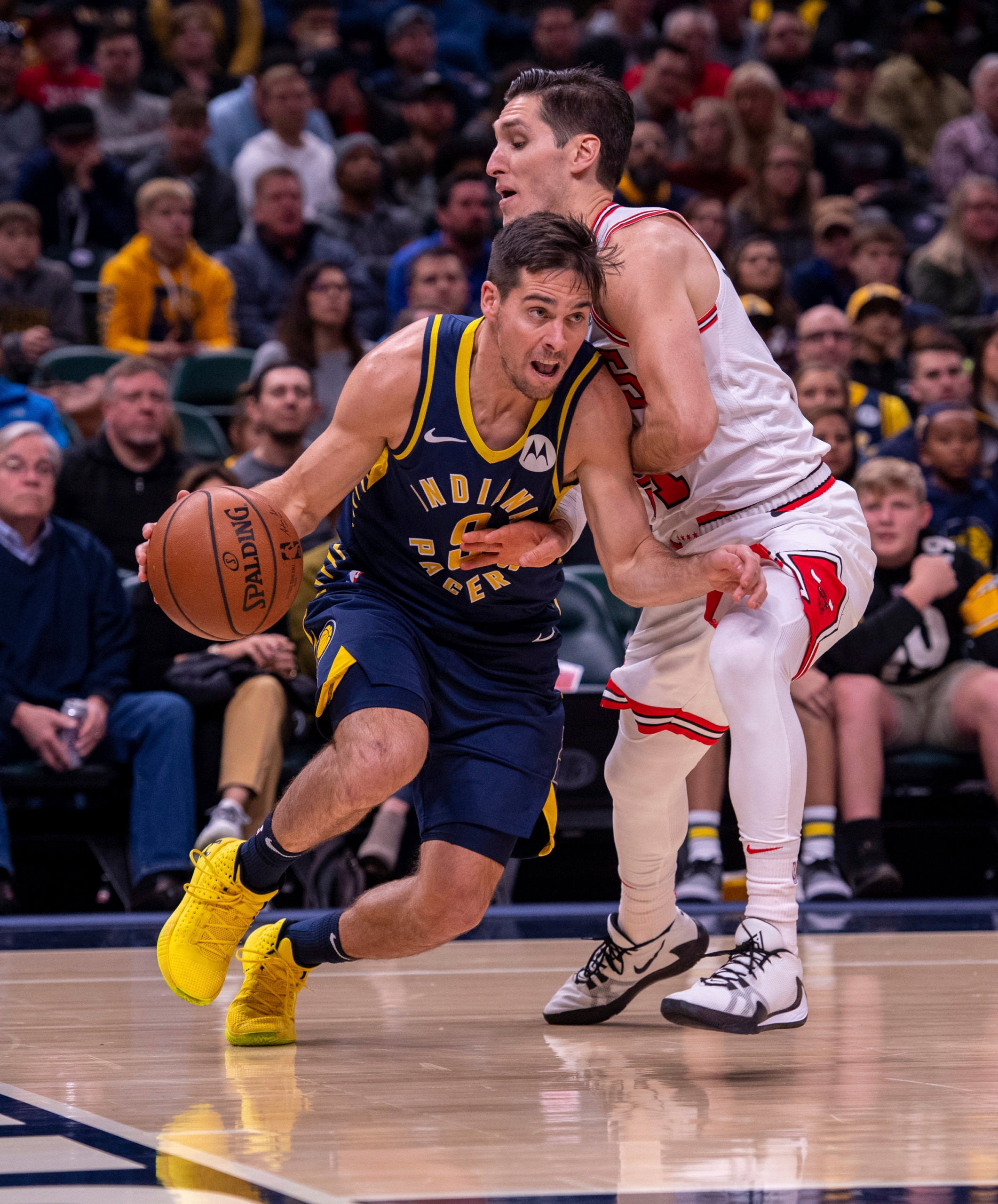 The Pacers built a 13-point halftime lead behind 14 points from Warren, who had just three points in Friday’s win over Cleveland.

Indiana was missing injured forward/center Myles Turner (ankle), center Domantas Sabonis (calf contusion) and All-Star guard Victor Oladipo (knee). Oladipo has yet to make his season debut as he recovers from a knee injury that ended last season after 36 games.

Malcolm Brogdon had 22 points and seven assists for the Pacers (3-3), who have won three straight and beaten the Bulls (2-5) in six consecutive meetings.

TJ Leaf took advantage of extra minutes as a backup center with his second career double-double, 13 points and 15 rebounds. The third-year pro had entered with seasonal averages of 2.8 points and 2.5 rebounds.

Zach LaVine scored 21 points and Wendell Carter Jr. added 20 for the Bulls, who are 0-5 on the road.

Bulls: LaVine joined select company on Friday in his 93rd game in bumping his career point total to 2,020. The only other Bulls to score more than 2,000 points in fewer games were Hall of Famer Michael Jordan (73 games) and Derrick Rose (86), according to Elias Sports Bureau. … Forward Thaddeus Young, whose three previous seasons were with the Pacers, thrived in familiar surroundings with 12 points off the bench.

Pacers: Rookie reserve center Goga Bitadze, drafted 18th overall, is making the most of his first extended playing time with nine points against the Bulls after scoring 10 against Cleveland on Friday. Prior to that, he had just two points in two games and did not play in two others.

At one point in the first half, the Pacers’ lineup featured nothing but T.J.’s and Holidays with center TJ Leaf, forward T.J. Warren, forward T.J. McConnell, guard Justin Holiday and guard Aaron Holiday.

Pacers: At Charlotte on Tuesday night.