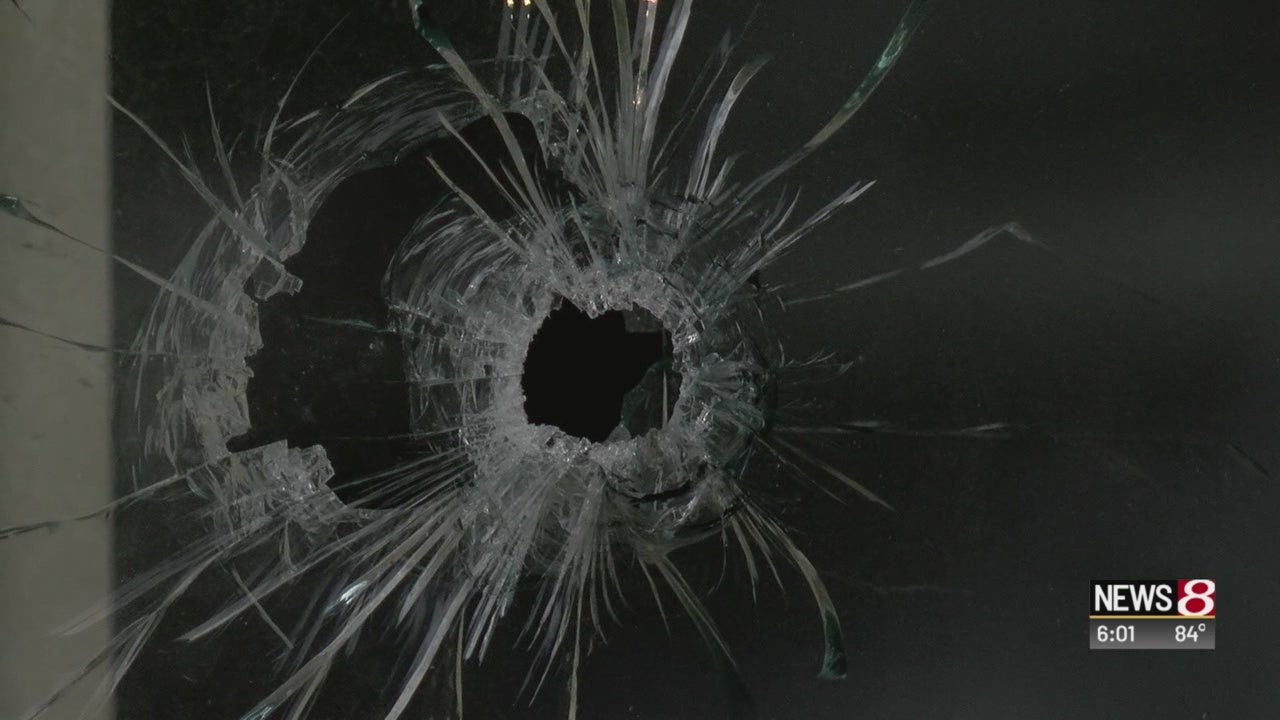 INDIANAPOLIS (WISH) — An 11-year old is recovering Tuesday night after a bullet hit him during a sleepover with six other kids. The victim was inside his neighbor’s house when a shooter sprayed the outside of the home with bullets.

It happened Monday night around 11:00 p.m. at a home near 34th Street and Moller Road on the city’s west side.

The suspect fired at least four shots into the living room. Bullet holes could be seen in the front window from the outside of the home. But on the inside, is where the family hid out, in terror, not sure why this was happening.

It was supposed to be a fun night. Raul Perez was celebrating his 74th birthday. Five of his grandkids and two neighborhood kids were having a pajama  party. Perez got up from his chair, to help out his wife with laundry. Within minutes after Perez stepped away from his chair, they were under attack.

“The bullets flew right by where I sit. They hit this curtain here and put a bunch of holes,” he said.

The bullets came through the window and hit the wall and one grazed the 11-year old neighbor. 18-year old Ana Perez, Rual’s granddaughter, ordered everyone down.

Ana called police and cared for the neighbor until medics arrived. They rushed the boy to the hospital. He is expected to make a full recovery from his injuries.

When investigators arrived, there was no trace of the suspect, except for what he or she left behind; several bullet holes and even more questions.

“We are confused whether it’s gang related or somebody initiating something or somebody buying a new gun and trying it out. We have no enemies,” said Raul Perez.

Police have not made any arrests. If you have any information that could help IMPD in this investigation, call Crime Stoppers at 317-262-8477.