Sights and sounds of opening day at the Indiana State Fair 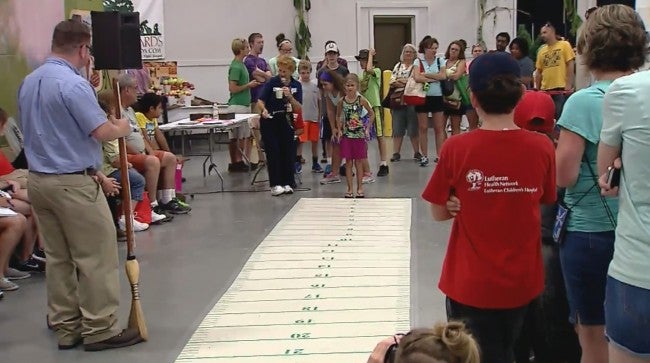 Those are just a few of the sights and sounds from the Indiana State Fair’s opening day. That’s exactly where Bill Grubbs and his family wanted to be.

“That’s what we do. Some people have boats and go on exotic vacations. What we do is, we show 4-H pretty much year round,” Gruggs said.

He’s one of thousands who flocked to the fairgrounds for opening day.

Two others: Zach Rayce and his 300 pound pig, Ruby. Rayce came from Putnam County to show her off.

The swine shows are competitive, just like the watermelon seed spitting contest.

Chloe said she’ll be back next year to win again, but it might be tough after she gave away her secret.

“When it’s slippery, it can go Iike really fast and forward,” she said of her technique.

From heated contests to hot food, everyone’s dancing to their own beat at the state fair.

It’s a song that Grubbs has been looking forward to hearing all year.