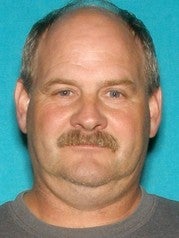 UPDATE: This Silver Alert has been canceled. Original story follows below.

According to the Indiana State Police, Kyle Bex was last seen Monday, July 29 at 7 p.m.

Bex is described as a white male who is 6 feet tall and weighs 200 pounds. He has brown hair, blue eyes and a scar on his head.

At the time of his disappearance, he was wearing a white t-shirt and brown pants.

Police say Bex may be in extreme danger and could require medical assistance.

Anyone with information on his whereabouts should contact the Lawrence County Sheriff’s Department at 812-277-2002.