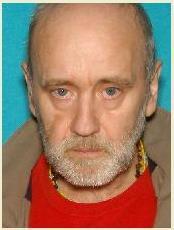 A Silver Alert for Cameron Dwayne Reed was canceled on December 16, 2019. The Columbus Police Department confirmed that he was located safely.

COLUMBUS, Ind. (WISH) – A statewide Silver Alert has been issued for a missing 56-year-old man, according to the Indiana State Police.

Cameron Reed has been missing since Wednesday, Dec. 11 at 11 p.m. in Columbus, Indiana.

Reed is described as a white man who is 5’10” tall and weighs 180 pounds. He has grayish, white hair and blue eyes. He has a tattoo of a bird on his right forearm.

At the time of his disappearance, Reed was wearing a stocking cap and a black and red checkered jacket.

He is believed to be in extreme danger and may be in need of medical attention.

Anyone with information on his whereabouts should contact the Columbus Police Department at 812-376-2600.