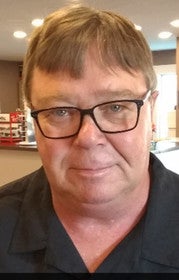 Ryan is described as a white male who is 5’8″ tall and weighs 240 lbs. He has brown hair and blue eyes.

He was also driving a white 2003 Buick Rendezvous with Indiana plate AWP625.

Ryan, according to police, is believed to be in danger and possibly in need of medical attention.

Anyone with information on Ryan’s whereabouts should contact the Miami County Sheriff’s Department at 765-472-1322.