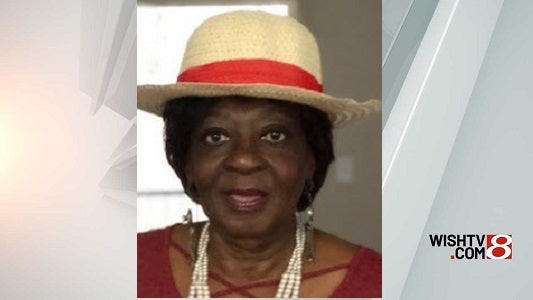 The Indiana Silver Alert for Julie M. Brown has been canceled. An update from Indiana State Police did not indicate whether she was found safe.

State police describe Julie M. Brown, 68, as 5-feet-4, 150 pounds with black hair and brown eyes. She also has a small scar on her chin and is no wearing her top dentures.

She was last seen Friday morning and was driving a beige 2007 Ford Taurus 4-door sedan with Kentucky plate 931XMT with passenger-side damage.

Brown is believed to be in extreme danger and may require medical assistance.

Anyone with information on the whereabouts of Brown is asked to contact the Jeffersonville Police Department at 812-246-6996 or dial 911.