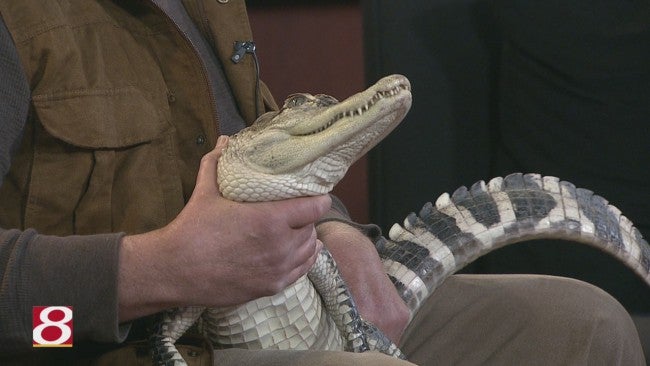 INDIANAPOLIS (WISH) – Larry Battson, better known as Larry the Animal Guy, stopped by the WISH-TV studios on Monday to do some alligator education.

Larry brought in small alligator that was found in someone’s apartment, which was later adopted into Larry’s animal menagerie.

Florida’s alligator population has had a recent resurgence of the reptiles. Larry stated that more than a million live in the swampy state.

Soon after, Larry demonstrated how to put an alligator to sleep – Dave nervously rubbed its stomach.

Larry the Animal Guy is available to visit schools and events, find out how at larrytheanimalguy.com.