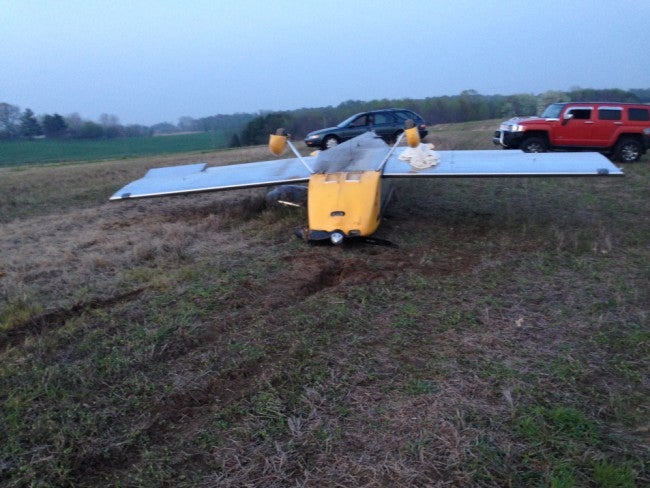 Authorities were called to 363 Airport Road shortly after 8 p.m. Tuesday. The airport is located about one mile north of the city off State Road 3.

According to Kendallville Police Department Sergeant Doug Davis, the pilot of a 2007 Sonex took off from the airport headed east but made a northward turn to avoid hitting birds which were flying towards the aircraft.

The pilot, Wesley Ortell, lost control and attempted to land the airplane in a grassy area north of the runway, but the aircraft’s nose hit the ground. The plane flipped onto it’s top.

Wesley was not hurt in the crash and authorities said the aircraft had minimal damage.

No other damage or injuries were reported.

The FAA is expected to handle the remaining aspects of the investigation.