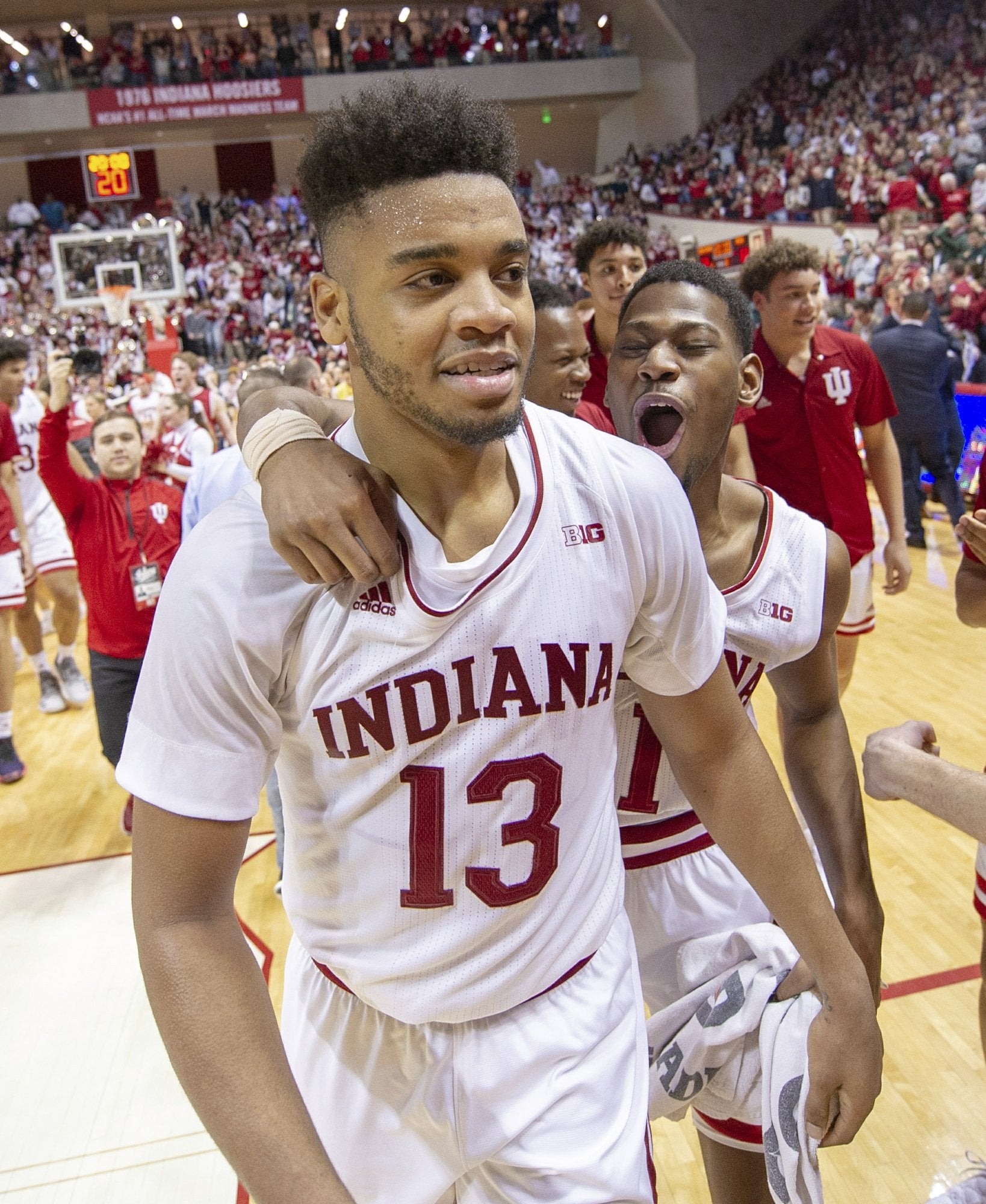 This time, it was Justin Smith leading the way.

While Romeo Langford and Juwan Morgan were held in check, combining to go 6 for 24 from the field, the Hoosiers got important contributions from Smith, Green and Rob Phinisee in their second win against the Spartans this season.

“Both guys (Morgan and Langford), they’re on the scouting report,” Indiana coach Archie Miller said. “The other guys, they stepped up today. Devonte and obviously Justin had really big games. Devonte hit some really big shots for us in the game to keep us hanging around, hanging around.”

Phinisee finished with just five points, but his tough defense on Michigan State star Cassius Winston helped the Hoosiers close it out.

Indiana trailed 62-60 before Morgan made a layup with 1:46 left while being fouled by Xavier Tillman. Morgan then converted the three-point play to give the Hoosiers their first lead since the game’s opening bucket.

Winston led Michigan State with 20 points and 11 assists. But he committed a turnover and missed a jumper as the Spartans (23-6, 14-4) pushed for the go-ahead basket in the final stretch.

Michigan State led by as many 12 in the first half. Matt McQuaid made a jumper to give the Spartans a 62-56 lead with 4:13 left, but the Spartans were shut out the rest of the way.

Kenny Goins had 14 points for Michigan State, and Tillman finished with 11 points and 10 rebounds.

“I thought for most of that game we did a hell of a job,” coach Tom Izzo said. “We just flat out ran out of gas.”

Michigan State played without Joshua Langford (foot) and Nick Ward (hand) due to injuries. Langford is out for the season while Ward is being re-evaluated on a weekly basis.

McQuaid was questionable with an ankle injury but played 36 minutes. Reserve Kyle Ahrens left with a back injury.

Michigan State: It was an uncharacteristic performance by the Spartans in a couple different categories. They were outrebounded 31-30 and committed 14 turnovers, compared to eight for Indiana. They also lost to the Hoosiers on Feb. 2 in East Lansing.

“I thought we outplayed them for 38 minutes and we didn’t win the game,” Izzo said. “That’s the beauty of basketball.”

Indiana: With two wins over the Spartans and another win against No. 20 Iowa, the Hoosiers have proven they are a scary team despite their conference record.