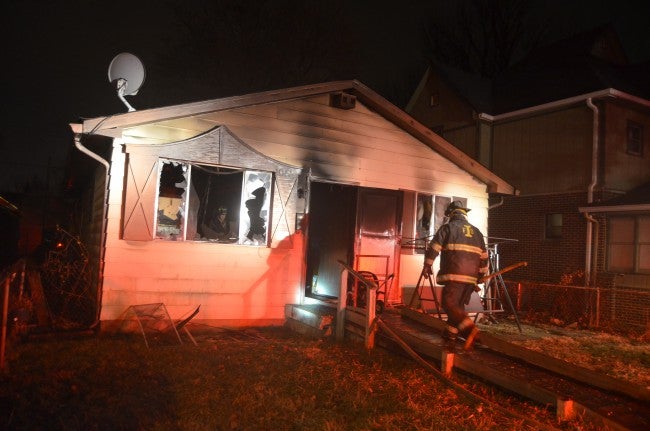 INDIANAPOLIS (WISH) – A smoke detector given out during October 2014’s smoke detector blitz might have saved the life of an Indianapolis woman Wednesday morning.

Indianapolis fire crews responded to the 1000 block of West 30th Street just after 3:45 a.m. Wednesday, where a fire was quickly ravaging a home.

73-year-old Johnie Mae Pannell, who has rented the home for 20 years, was sleeping on a couch in the house’s front room when she heard the detector alert.

Pannell put herself in her wheelchair and wheeled it out to her front ramp before fire crews arrived.

Fire crews were able to contain the fire within 20 minutes, and Pannell was taken to Sidney and Lois Eskenazi Hospital in good condition.

After an investigation, Indianapolis Fire Department determined that the fire was caused by overloaded extension cords in the back bedroom, where Pannell usually sleeps.

IFD credits Pannell’s safety with the smoke detector that alerted her to the fire originally. The detector was a recent addition to the home, as Pannell received it from IFD during the 2014 October Fire Prevention Month smoke detector blitz.