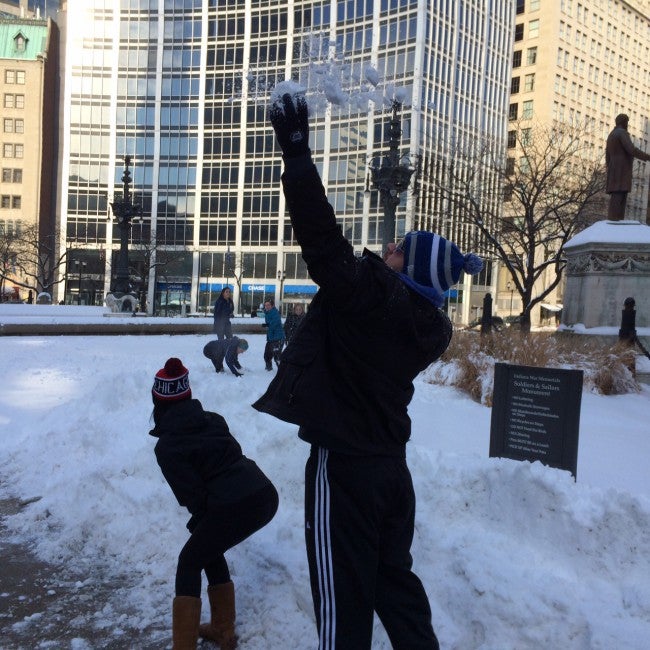 “Anytime you get to go back to acting like you’re 10 again its always a good feeling,” said Kyle Smelser.

Last year at this point there was about 52 inches of snow on the ground, this year less than a foot. That gave those out on the Circle even more reason to pack a snowball and have a snow ball fight.

“I was looking for a weekend day that had a lot of snow just so we could come out and have some fun,” said Baker

“Our team at DPW, they take care of the major thoroughfares and the secondary streets.

Crews got some help from Mother Nature with warmer temperatures and sunshine after several inches of snow was dumped in the metro area.

“Some of that snow that’s on the ground will melt quickly as a result of that. The salt that we have will activate more quickly,” said DPW Spokesman Scott Manning.

The city had 10,000 tons of salt on hand for this snow event, it’s treated with magnesium chloride helping it stick to the roads. It also helps melt ice and snow in sub-zero temperatures.

“We’re going to be really focused on moving some of that remaining slush, pooling moisture and melted snow,” said Manning.

The next part of the snow fight will be preventing refreezing, another DPW crew is coming in at 11 p.m. to monitor conditions overnight and treat any slick roads.