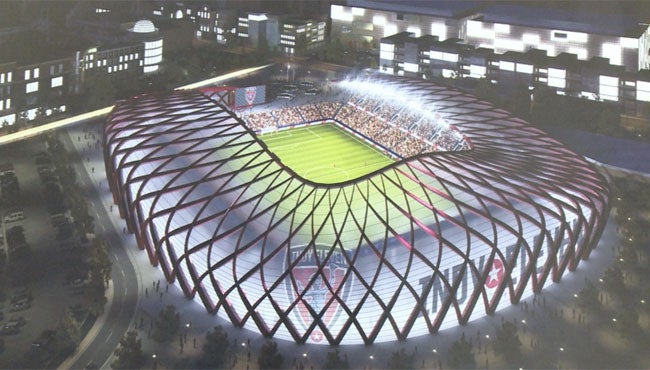 INDIANAPOLIS (WISH) — The future of a new Indianapolis soccer stadium is in doubt.

Leadership in the state Senate is not sold on the idea.

Senate GOP Leader David Long made it clear Thursday that the soccer stadium is not a priority for him and other Senate leaders.

It’s news that came out on the same day as a Statehouse rally in support of the stadium bill.

Mayor Greg Ballard, who attended the rally, doesn’t hedge on his support for a new soccer stadium.

“We’re going to continue to draw that soccer is part of the experience that young families are looking for,” said Ballard. “To have a professional team and a professional stadium is absolutely critical.”

Indy Eleven team Owner Ersal Ozdemir is seeking state support for the second time after being turned away in 2014.

“Obviously to have the greatest experience to have a great soccer match,” said Ozemir. “We’re gonna need a venue that accommodates soccer and provides the fans the experience they need.”

He makes it clear that state support is required.

And that’s where Senate Leader David Long comes in.

“We’ll have some final thoughts on that very soon as to whether this or some other idea or none at all will be the approach we take on it,” said Long.

For the moment Ozdemir just hopes to stay in the game.

“We’re open to discussions and alternatives basically that make sense,” Ozdemir said. “That (his plan) wasn’t necessarily ‘this has to be the case.'”

Look for Senate leaders to propose ways to improve Carroll Stadium at IUPUI instead of building a new facility.