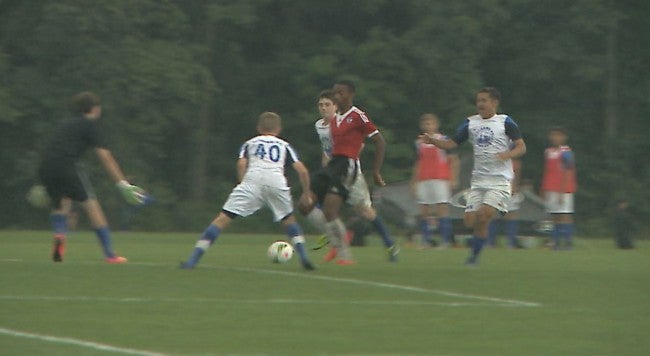 The tournaments are drawing thousands of players from around the country and that means big business. The finals of the National Premier League Youth Soccer Tournament happen at Grand Park. Thousands of soccer players, coaches, and parents came to central Indiana for the event.

This is the first time Grand Park has hosted the tournament and it’s having an economic impact locally and south in Indianapolis.

One-hundred-fifty-four teams played throughout the weekend. Both youth boys and girls soccer teams from 28 states were out on the fields and Monday, the tournament ends with the finals.

Don Rawson, the President of Indiana Sports Properties, said this weekend and next weekend about 10,000 hotel rooms will be used, not just in Carmel or Westfield, but all over Indianapolis.

“As word filters throughout the country and internationally, a lot more tournaments of this size will be at this facility,” said Rawson. “The facility was built for two reasons. It’s obviously to drive economic business in the area but also to take care of the local community, the needs of the local community, and bring in regional and national events from around the country. I think it’s accomplishing both of those  missions.”

Rawson also says the months of June and July will bring 22,0000 hotel room stays. The complex is expanding. An indoor 375,000 square feet facility with three full sized fields is being built for an all year round competition and training.