The link between time spent on Internet communication platforms and depression among teens is a growing concern, but researchers say time in and of itself may actually be less of a factor 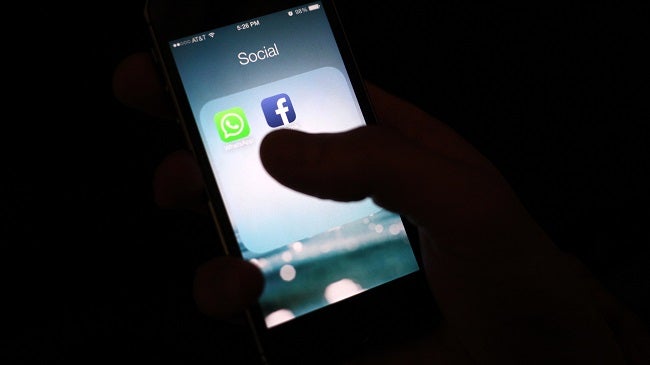 INDIANAPOLIS (WISH) — The relationship between increased social media use and poor mental health is a major issue affecting adolescents and teens across the U.S. However, a recent study out of Brigham Young University suggests high usage rates may not be the culprit after all.

“It’s not necessarily time spent [on social media] that is responsible for the negative mental health effects,” Dr. Sarah Coyne, lead researcher and professor of Family Life at Brigham Young University told WISH-TV. “It’s how the time is used.”

Coyne and her team spent eight years studying the relationship between social media usage and depression for developing teenagers, aged 13 to 20 years old. Her results found no association between time and increased depression or anxiety among study participants.

“The solution I keep hearing over and over again is that the way we’re going to fix this generation is to get them to stop looking at their phones,” she said. “But the answer to the problem isn’t that simple. It’s more about how users engage on these platforms. Are you an active user or a passive user?”

Coyne defines active users as those who post pictures and make genuine, positive comments on others’ posts. The “like” feature is used sparingly. Passive social media engagement refers to users who scroll, but rarely post things or interact with fellow friends and followers.

According to data research firm, Statista, 79 percent of the population engages in social media. While Facebook tops the list among the U.S. as a whole, other platforms such as Instagram and Snapchat are surpassing the social networking site drawing in more teenagers than ever–a troubling trend said Dr. Jenny Comer.

“In my experience treating teens and adolescents, I’ve found a definite correlation with anxiety, depression and social media use,” the Board Certified Psychiatrist at Valle Vista Hospital said.

The potential for posting anonymously and group chats make cyberbullying easier, negatively affecting those targeted, Comer added. Images, comparing oneself to others and feelings of being left out all amplify the potential mental harm caused by social media among teens.

Coyne agrees. Cyberbullying is a cause for concern. But it’s about context not necessarily time, she said.

“I don’t want the message to be that social media has no impact [on depression and anxiety] because there is plenty of research supporting it does. But saying time is the only factor over-simplifies the issue. I’m hoping my study helps to move the conversation forward in a significant way,” Coyne said.