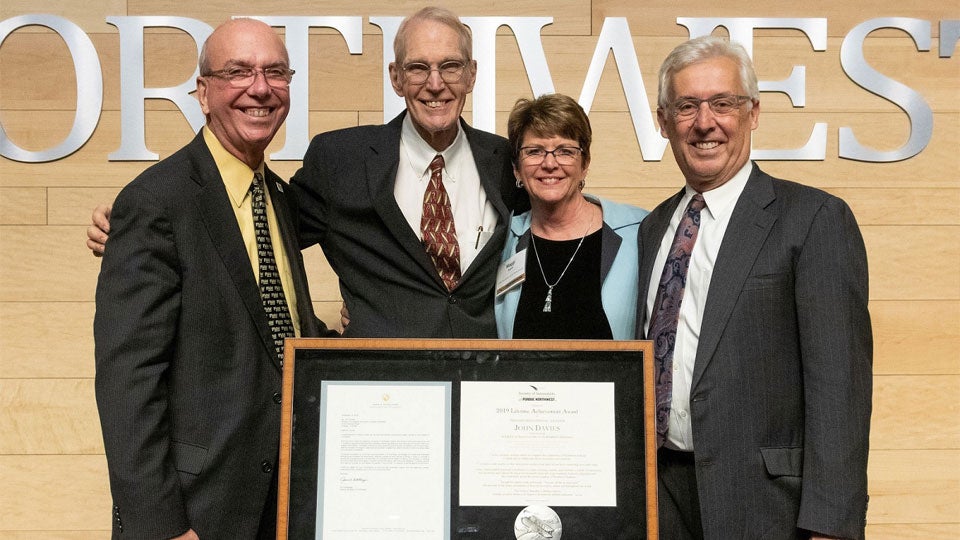 John Davies, founder and retired managing director of the organization, is being honored with the award.

The award will not be annual, but will be awarded at the board’s discretion. The Lifetime Achievement Award is the organization’s highest honor for an individual and to be named, the recipient must display qualities of innovation and leadership.

The award may be given to anyone who has impacted the Northwest Indiana region over a “significant amount of time and their success was not limited to just one role, company or sector.”

Davies led the organization from its start in 2005 until 2018. He helped to relaunch the South Shore poster series in the late 1990s and worked with the South Shore Convention & Visitors Authority  to create the Wall of Legends in 2004.

“While speaking with many of John Davies’ friends and colleagues, we quickly discovered that this award is long overdue,” said Jason Williams, assistant director of the Society of Innovators at Purdue Northwest, in a statement. “It is clear that John’s impact on this region will last for generations to come.”