Soggy stretch so far in April 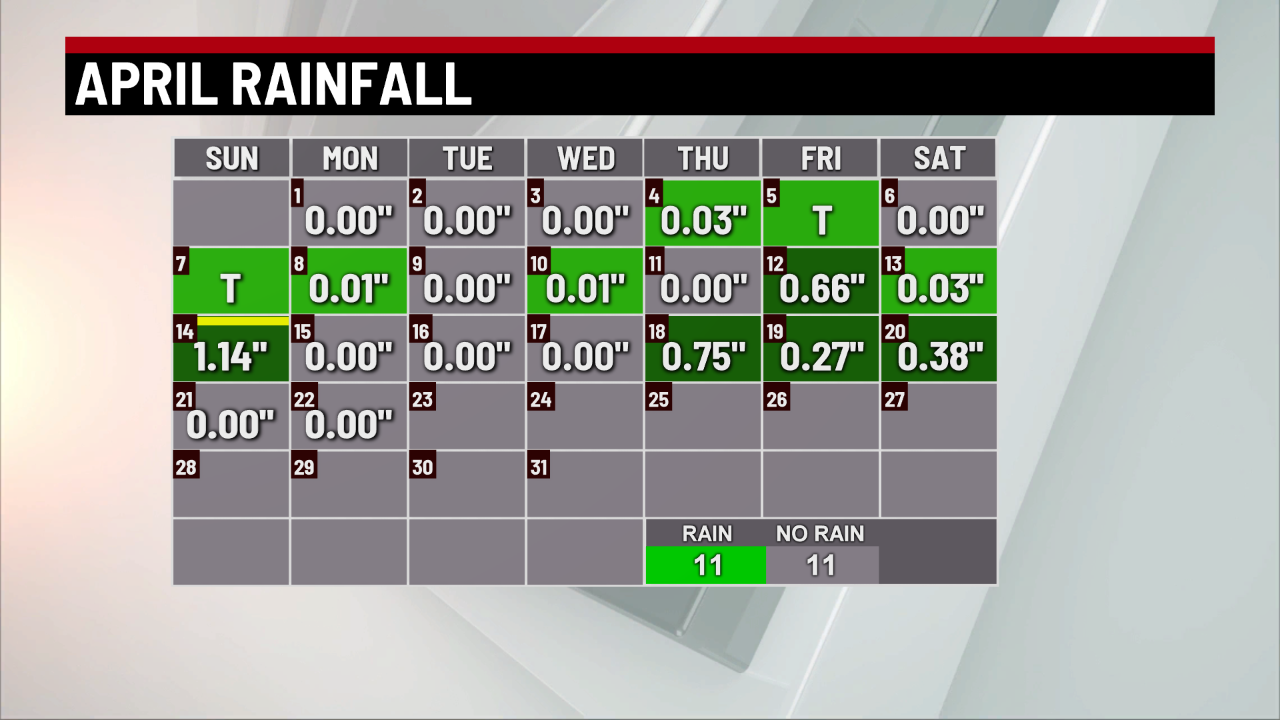 INDIANAPOLIS (WISH) — While our rainfall numbers for the month are near normal, we’ve picked up a lot of rain in a short amount of time.

We’ve split the month in half, with 11 days of recorded rainfall, and 11 dry days. If you just glance at this, you wouldn’t think much of rainfall so far. But look closely at the daily totals, you can see the bulk of our rainfall has come quickly, just in the last week to 10 days.

And just last week, we picked up most of our monthly total. From Sunday, April 14 to Saturday, April 20, we received 2.54″, which is why even a few days after the fact, we still have many areas with some standing water.

We’ll see some dry days, but the overall pattern remains wet. Next weeks forecast from the Climate Prediction Center has much of the Midwest in the area of above-average precipitation.