Some answers, still some questions in bizarre Fowler murder case 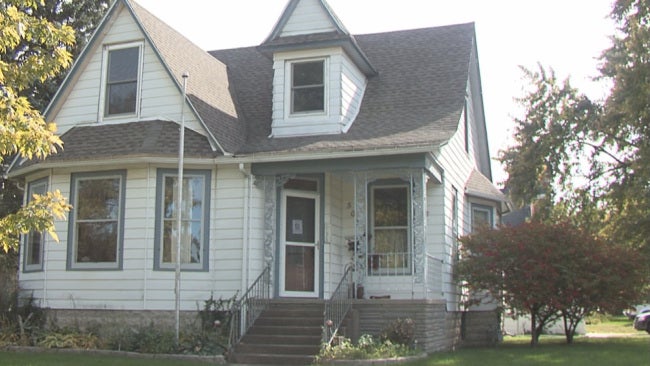 FOWLER, Ind. (WLFI) – It’s a murder mystery that has dragged on for more than a year and a half. It involves what might be Fowler’s only homicide in its history and the gruesome discovery of a man’s body in Chicago.

WISH-TV’s sister station WLFI spoke with the Fowler police chief on the record for the first time since 2014.

A motive for the crime is the one big question that appears likely will never be answered – why did Theresa Jarding shoot her mother Nena Metoyer?

Chief Dennis Rice said Jarding lied about a number of things in her life, including her marriage and her profession. She even texted a dead man’s family and friends to make them believe he was still alive.

A house you wouldn’t expect has a story to tell at Fifth and Jackson in Fowler. From the front porch, the police station is visible. It’s halfway between the police station and the county jail and courthouse. Yet, it’s believed to be the site of Fowler’s only homicide.

“I’ve been doing law enforcement 41 years now, and it’s one of the most bizarre cases I’ve ever been involved in,” said Rice.

The sister of a Chicago man, Milan Lekich, tracked Teresa Jarding here on Sept. 20. Jarding and Lekich had been married in Nevada 18 months earlier, in March 2013. However, Jarding refused to come to the door.

When the sister finally confronted Jarding, when she came outside to walk the dog, Jarding hurriedly went inside and steadfastly refused to come to the door over the next few days – even when Fowler police officers knocked.

Several days later on Sept. 24, Jarding’s family contacted police saying they couldn’t reach Jarding or Jarding’s mother, Metoyer, who was visiting from Florida. When Jarding’s family drove down from Chicago, she still wouldn’t answer the door.

When they brought police, Rice said they could see and hear she was in distress. Her son broke in through a basement window to get inside.

At first, with a handgun next to her, they thought she had been shot. But overnight, doctors discovered there was no gunshot wound. Instead she had a brain aneurysm.

The coroner later ruled Jarding’s death a suicide, due to a lethal amount of morphine and butalbital in her body.

Jarding’s boyfriend eventually came forward to police, saying she cut off communication with him on Sept. 20, the same day Lekich’s sister came to Fowler. He was living in Lafayette. The two had met online. She had told him she was a retired psychologist who owned some rental properties which provided a steady source of income. She also claimed to have cancer.

Police now believe those were all lies.

But when he told them that Jarding had said her mother had died in Chicago and she was going to have to fly her body down to Florida, that’s when they knew the ongoing missing person’s case was likely a homicide.

Jarding’s family found Metoyer’s body almost three weeks later, on Oct. 11. They had been going through the house and moved a large trash can from the laundry room area outside. Metoyer’s body, dressed in a nightgown and wrapped in bed clothes, was under a mound of trash and debris, likely shot in the head while she slept.

As for how police missed it when they were inside weeks earlier, Rice said the home was dirty and smelled bad, in part because of trash and animal feces.

“One of the rooms we had not gotten to that night, other than a cursory search, because we thought we didn’t have a crime,” said Rice. “So we didn’t go through the house piece by piece.”

Lekich’s body had been found in Chicago several days earlier. No one knows how long he had been dead.

Jarding moved to Fowler in 2013. Police believe she sent texts to his family and friends, like he was alive until 2014 when those messages stopped coming. Officers recovered his phone in her home.

Rice said over the nearly two years she lived in Fowler, she had kept to herself and few had known her or Metoyer. When asked, he even had difficulty describing what Jarding or Metoyer was like.

“We never saw anyone around there very often,” he said. “There was vary little activity.”

Because of Lekich’s advanced decomposition, Rice can only say that the man’s DNA on the chainsaw which dismembered his body matched the DNA on the handgun in Fowler.

All signs point to that handgun shooting Lekich and Metoyer.

“Because of the small caliber and deformity of the bullets, they couldn’t specifically say it was that gun,” said Rice. “But it was fired from the same make, model and caliber as the handgun we recovered here.”

Rice believes Jarding embezzled money from Lekich and possibly others.

“I think a lot of her lies caught up with her, especially the one involving Milan Lekich,” he said.

While Jarding had been married three times, including to another man as she married Lekich, Rice said he investigated each of 11 names she used over her life, including six different last names: Deneka, Denena, Denina, Jarding, Kekich and Lekich.

Though she paid for her Fowler home, Rice didn’t find any large bank accounts of any kind.

While he thinks she may have had mental health issues, 19 months later, he still doesn’t know why she would kill her own mother.

“There’s probably only one person that knows that reason and that person is no longer alive, so we’ll probably never know,” he said.

Rice adds Metoyer would visit her daughter semi-regularly for several weeks at a time. The last time had been in the spring.

No one could determine when Metoyer was killed. Several ways were tried to narrow the window, but because of the conditions in the home, it could not be done. They believe she could have been alive as late at Sept. 20, the day Lekich’s sister arrived in Fowler.