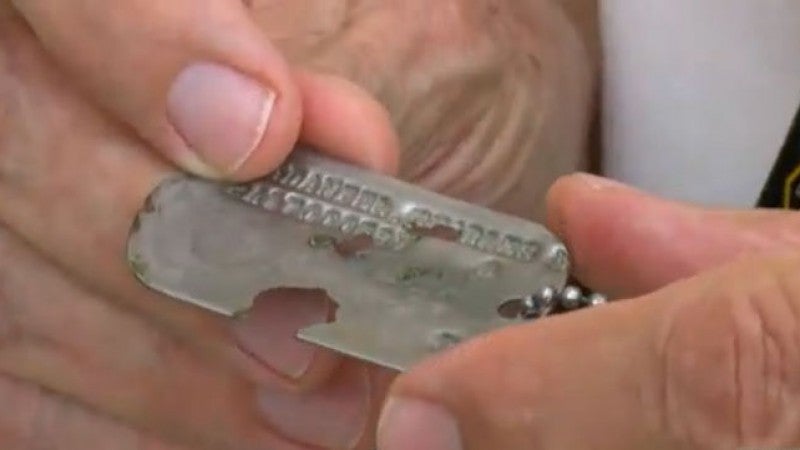 INDIANAPOLIS (WISH) – An Indianapolis man is back from Washington after receiving his father’s dog tag from the Korean War.

Master Sgt. Charles H. McDaniel’s dog tag was the only one sent back to the United States along with with 55 boxes of remains from North Korea.

McDaniels was an Army medic killed in the opening months of the war.

Charles McDaniels Jr. on Monday remembered the moment he found out the dog tag belonged to his father: “I had to stop several times just to catch my breath and cry … sobbing.”

He added, “I didn’t literally fall out of the chair, but I can’t get my arms around it, I can’t believe there’s actually a connection to what’s happening in North Korea and my father 68 years ago.”

McDaniels Jr. said he hopes others see his father’s dog tag and remember other servicemen who have died.

The military is collecting DNA samples from Americans whose family members are still listed as missing in an effort to identify the remains sent to the United States.