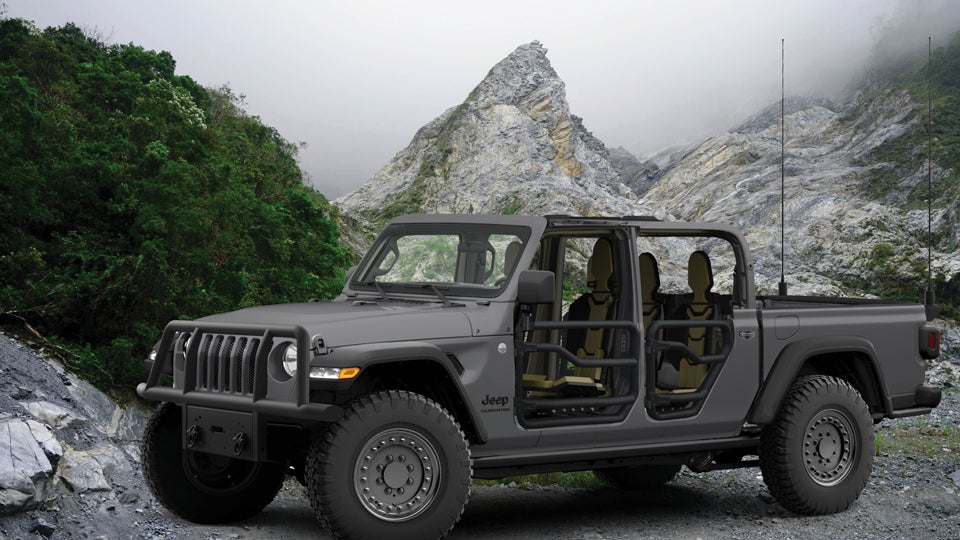 SOUTH BEND (Inside INdiana Business) — Nearly 80 years since the first jeep rolled off the assembly line, and helped support American soldiers throughout World War Two, it appears the trusted four-wheel-drive machine may be making a comeback in the U.S. military.

South Bend-based AM General LLC has teamed up with Fiat Chrysler Automobiles to build military-grade versions of the new 2020 Jeep Gladiator pickup truck.

AM General is best known for the military Humvee, which is still built in Mishawaka, and the civilian Hummer SUV which is no longer produced. FCA owns the Jeep brand.

The two will collaborate on a beefed-up military style of the pickup truck called the Gladiator XMT – or Extreme Military-Grade Truck.

The concept vehicle was introduced this week at a military car show in Washington D.C.

The Jeep Gladiator XMT is the first phase of a collaboration that reunites two companies whose histories trace back to World War II and the epic and eponymous jeep.

“The Jeep brand has an important military heritage, so we couldn’t be happier that AM General expressed interest in creating the Gladiator XMT,” said Jim Morrison, head of Jeep Brand – North America.

The companies say the truck can be customized to meet global customers’ needs for a light-weight military truck.

The Jeep Gladiator XMT has been upgraded by AM General with both custom-built and commercially available military-grade parts to create an even more rugged truck that can traverse the toughest of terrains in adverse conditions.

AM General says with its experience with Humvee, it can build mission-specific, light-weight tactical trucks, based on military customer requirements.

The companies say pending feedback and interest in the military marketplace, production could begin in the second half of 2020. In addition to the gas model, Gladiator XMT would be offered to military customers as a diesel version.