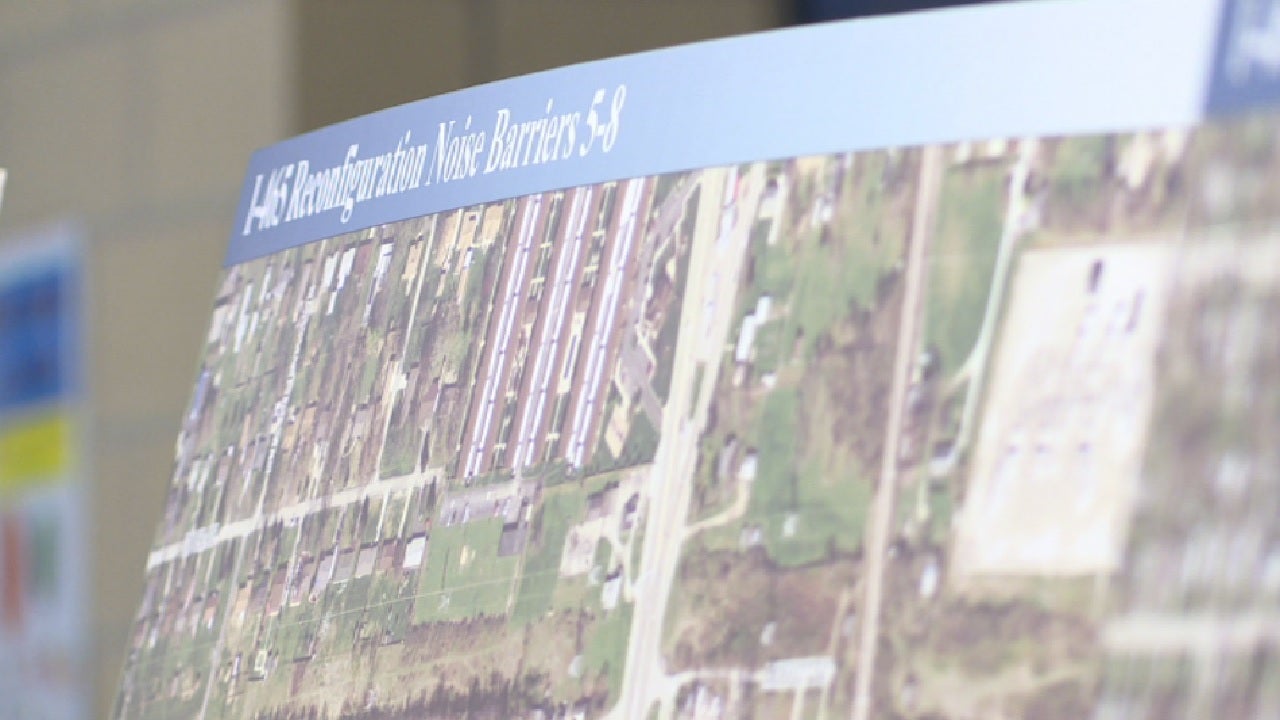 INDIANAPOLIS (WISH) — A series of noise barriers proposed by transportation officials for the planned reconfiguration of I-465 will not shield all neighborhoods along the interstate from noise pollution.

South side residents expressed their concerns Tuesday night at Decatur Central High School during a public hearing hosted by the Indiana Department of Transportation (INDOT).

“We didn’t make the area where the sound barrier is going to be built,” said Matthew Iaria. “Construction hasn’t even started and windows are rattling. Kids can’t play outside. They can’t hear one another. It’s just very uncomfortable and the noise doesn’t stop.”

Iaria lives south of I-465, near Carson Avenue, at the eastern end of the reconfiguration project. A noise barrier is proposed approximately 100 yards from his neighborhood, on the north side of I-465.

The preliminary barrier locations were released by INDOT following a comprehensive noise study.

The yearslong project involves replacing four bridges, lengthening ramps and widening I-465 to increase interstate capacity and safety. Construction is expected to begin by late 2020.

Two portions of I-465 on the city’s south side will be reconfigured in phases as part of Indiana’s “I-69 Finish Line” project. The first section starts west of the I-465/U.S. 31 interchange and ends at the I-465/I-65 “south split.” The second section extends from Mann Road to the I-465/I-70 interchange.

“I think it’s going to be a good project but we’d like to get those [noise barrier] walls built or reconsidered,” Iaria told News 8.

He urged project leaders and INDOT officials to consider a modified barrier design for his neighborhood during the public comment period of Tuesday night’s hearing.

Iaria suspected the proposed design’s steel support beams would be hazardous near hanging power lines in his neighborhood; he suggested having contractors explore the possibility of using wood or concrete instead of metal.

Mallory Duncan, a spokesperson for INDOT, urged community members to submit their questions, concerns and comments in writing.

Officials are in the “very early stages” of the project and all preliminary plans are subject to change, she said.

INDOT is seeking public comment on the project until Jan. 10, 2020.