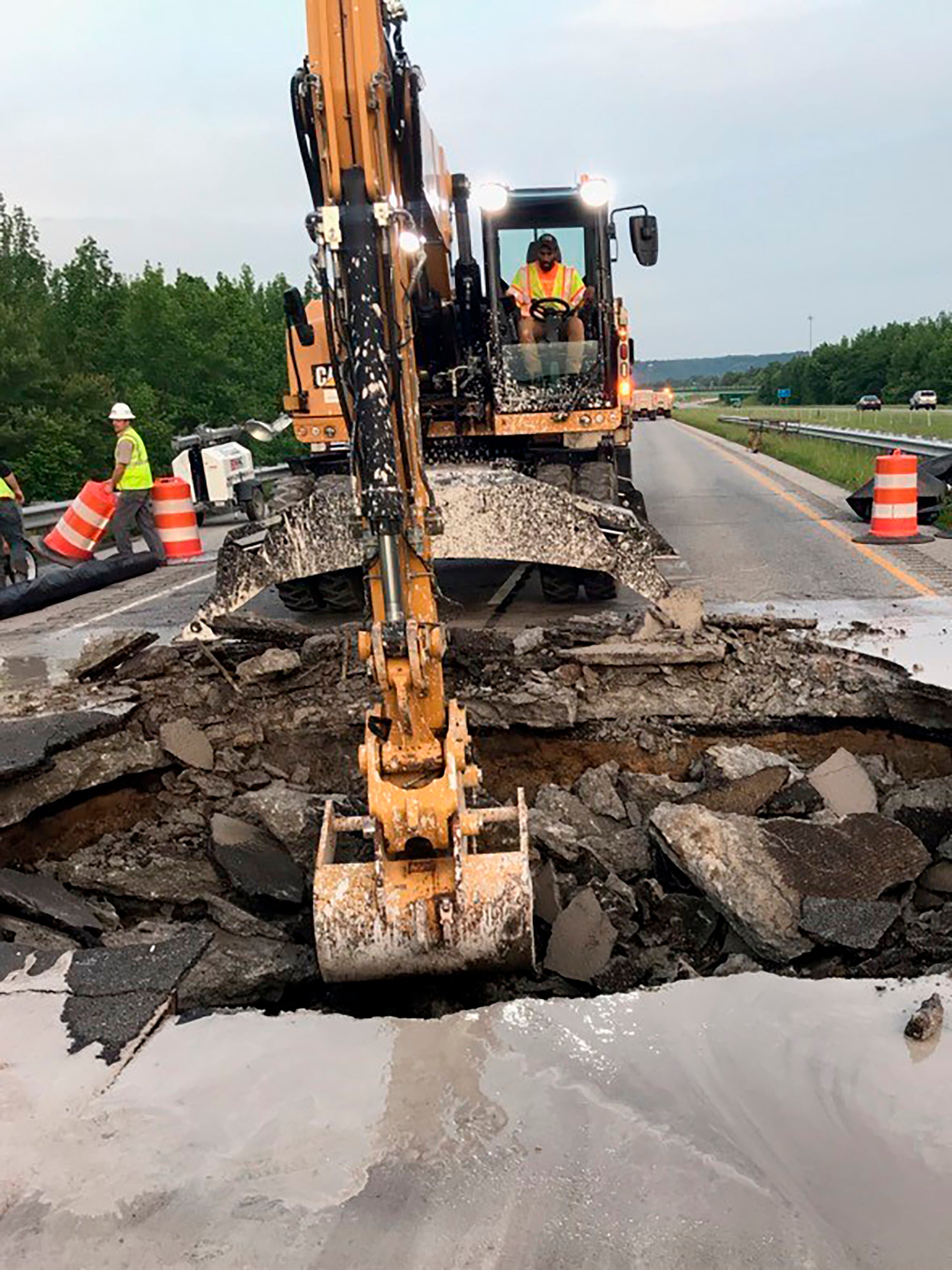 CLARKSVILLE, Ind. (AP) — State transportation officials say a sinkhole that opened up overnight forced the closure of a portion of a southern Indiana highway.

The Indiana Department of Transportation says eastbound lanes of Interstate 265 in Floyd County between Charlestown Road and Interstate 65 were closed early Wednesday after motorists reported a large pothole that turned out to be a sinkhole.

Motorist Cara Chumley tells WLKY-TV that her car struck the sinkhole during her morning commute to work, damaging one of its wheels.

She says officers helped her change her tire before she drove to a local hospital for an evaluation.